Home / WORLD / What makes you think YOU won’t be a tyrant? Jordan Peterson shares with RT his rules for going into politics

What makes you think YOU won’t be a tyrant? Jordan Peterson shares with RT his rules for going into politics 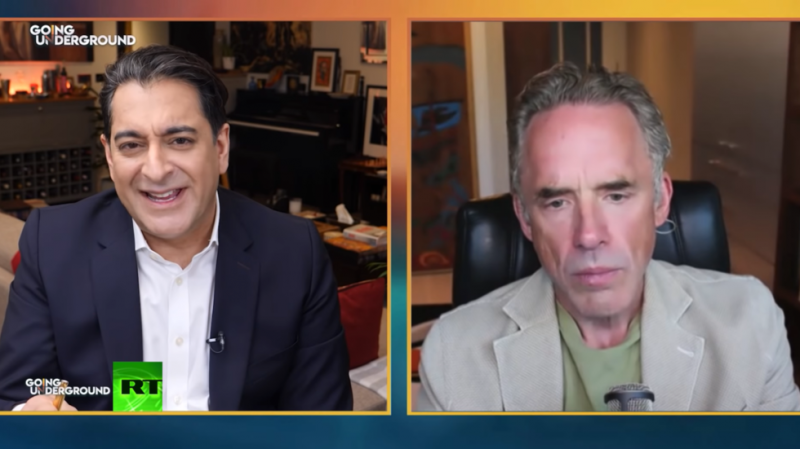 The Canadian intellectual, whose ideas made him an icon for conservatives and a villain for liberals, spoke to RT’s Going Underground program about his latest self-help book ‘Beyond Order: 12 More Rules for Life’. One of those rules is to abandon ideology, which, he stressed, is especially important for people who choose to go into politics.

“If you are going to move into the political realm, you should do what you can to get your own psyche in order… You want to make yourself into the sort of person who is going to be capable of using power wisely instead of using it in the manner that you are decrying” in current leaders.

Doing so is not a simple thing, and casually adopting an ideology that may have “nothing of you in it,” won’t be of much use in that regard, he warned.

Peterson is a strong advocate of people doing things to improve their personal lives before taking on big causes and a critic of revolutionary movements. He also opposes generalizations and reductionist views that boil down life’s complexities to phenomena like class struggle or corruption of the elites. Some of his critics point out that such a stance is very convenient for those who want to protect a deeply flawed status quo from public pressure and thus serves those in power.

Program host Afshin Rattansi challenged some of Peterson’s beliefs, particularly his view of art being detached from the political sphere. He responded by saying that genuine art by definition transcends politics.

“If an artist is genuinely possessed by the creative spirit, they cannot put what they are doing into words, not explicitly. They can’t render it into a philosophy or an ideology – that’s propaganda in my estimation,” he explained. There is certainly a “revolutionary aspect” to art and it is easy to confuse it with revolutionary politics, but the two “are not even in the same category, as far as I am concerned.”

Picasso was an outspoken communist, for example, but he is not remembered for that, Peterson said. The feelings he expressed in the painting Guernica, which he made in response to the Franco government’s bombing of a Basque town, can be empathized by a victim of any war, regardless of its political aspects, he argued.

“Anyone who’s had a loved one hurt in a war, in a battle, in a bombing, could look at the anguish that’s in that painting and see a reflection of what’s happening in their own soul,” he said. “You could sort war into justifiable and non-justifiable wars and I know there are tyrants and noble revolutionaries. But art speaks to the universals of human experience outside of the political domain.”

Watch the interview in full.