Home / WORLD / What is whataboutism? Explaining the age-old argument that Russia supposedly loves, and hypocritical info-warriors profess to hate

What is whataboutism? Explaining the age-old argument that Russia supposedly loves, and hypocritical info-warriors profess to hate 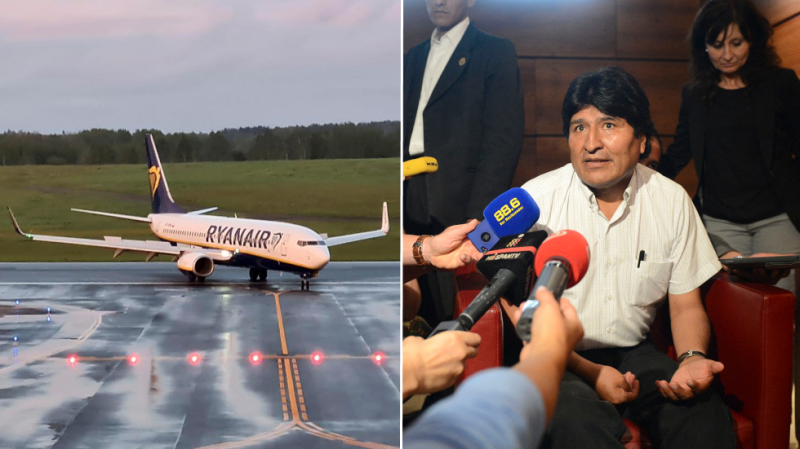 Put differently, whataboutism – or pointing out that the issue at hand is repeated elsewhere – stands denounced as a contemporary version of the “tu quoque,” which is Latin for “you also.” If you confront me with my errors, crimes or sins, then I’ll point out yours to avoid actually answering your challenge about myself.

Charges of using the supposed fallacy are leveled everywhere from social media to international diplomacy, as if spotting it instantly wins any argument. And yet, there must surely be a reason why people use it so frequently, and why it so often works in reply to hypocrisy, right?

The first use of whataboutism, or whataboutery, is sometimes associated with the troubles of the 1970s. No, not the Soviet Union, actually – but Northern Ireland.

Oddly enough, considering this simple move is old enough to come with a Latin name, and its new name seems to have originally emerged far from anything Soviet (or Russian), Wikipedia and many other sources will also inform you that it is especially “associated with Soviet and Russian propaganda.” This idea, ironically, seems to be a straightforward reproduction of an American Cold War denunciation. A biased witness if ever there was one.

So, whataboutism is not only a bad but also – oh horror! – a Russian thing, or at least more Russian than not. Far from a universal human habit of evading hard questions, this neo-Cold War narrative goes, whataboutism is really mostly what “they” do “over there.” How convenient, because that also means that it could not possibly be our – the West’s – flaw, too.

No wonder that when former US president Donald Trump, an exceptionally American and uniquely horrible leader, used the same tactic, he was slammed by Washington’s talking heads as having learned this dirty trick not at home but from nasty foreigners. Namely – you guessed it – the Russians.

Perish the thought that an American long well-known for his utterly pathological relationship to facts, rising through those realms of crystalline truth and good faith that are American business and politics, could have come up with such a fiendish device on his own! And everyone agrees… So much so that it’s boring, really: from American government broadcaster RFERL via liberal NPR to Bezos’s Washington Post.

Such a broad, bipartisan consensus can only be right. Right?

Let’s be contrarian as well as sensible and assume it’s just yet another collective way of being intellectually lazy.

What is the rhetorical device in reality, beyond definitions that reek of projection, xenophobia and neo-Cold War complacency? In other words, let’s not define whataboutism from how it is supposedly used, but be empirical. Here are two representative examples from real life: Imagine, first, you are a Canadian from India criticizing racism in Canada, and the defensive answer is “What about the caste system?” You may well feel that’s whataboutism, by the standards commonly applied. And yet – no Russians in sight anywhere.

Now imagine government B using bad-faith tricks to force a plane to land so as to arrest a passenger. Imagine other governments having used clearly similar, although maybe not the same, tricks before, but are now leveling criticism at government B.

You may very well dislike government B and condemn its actions, but it is not whataboutism to point out that, in this instance, they are comparable to those of some of its critics. So, all you’d have to do to stay honest is condemn all around, without exceptions for special pleaders. Yes, even if they are the ones you sympathize with.

Because – and this is a crucial point of intellectual honesty currently mostly overlooked – it is only whataboutism if your counter to a criticism is, in essence, arbitrary, trying to deflect from your own flaws by pointing out a principally different flaw with your critic.

In the case of the Canadian racism row, an Indian-Canadian has no real sway over the caste system, and its existence has nothing to do with their credibility on issues in Canada. But if your response concerns something not different but similar, then it is simply a legitimate comparison.

The passenger scenario above is, of course, a summary of what happened over the indeed comparable treatments of two planes – in one case, with Belarusian oppositionist Roman Protasevich onboard and, in the other, a Bolivian diplomatic flight suspected, wrongly, of transporting NSA whistleblower Edward Snowden, searched on US orders when it landed to refuel.

Whataboutism as a dishonest way of arguing is real. Obviously. It’s also as old as, presumably, humans wanting to win arguments. It exists in Russia as elsewhere, but there is really nothing particularly Russian about it. And whoever feels it’s whataboutism to note this simple fact of life because it “lets the Russians off the hook” is beyond help, I fear.

Most importantly, there now is something at least as bad as whataboutism itself, namely using the accusation of whataboutism in bad faith to avoid the reasonable and fair application of the same standards to similar situations or behavior.

Thus, if, by way of a final example, the US persecutes the WikiLeaks publisher and journalist Julian Assange, then anyone accused by the same US for persecuting publishers and journalists is, actually, perfectly within their rights to answer accusation with accusation.

Is that productive? Maybe, maybe not. Is it just, reasonable and richly deserved? Absolutely. And if you’re an American info warrior and do not like that comeback, then you only have your own authorities to blame – because it’s they, not the Russians, who persecute Assange while criticizing others for doing similar and thus complicate your moral universe.

The cheap but very popular rhetorical trick of shouting “whataboutism!” simply because your opponents dare hold you up to the same standards you use to criticize them does not have a name yet, but it urgently needs one because it is so widespread. I’d call it the last refuge of the special pleader.