Home / WORLD / ‘What is this, 1998?’ Twitter users astonished that Tony Blair is opining on Covid roadmap… and MEDIA COVERS IT as ‘news’

‘What is this, 1998?’ Twitter users astonished that Tony Blair is opining on Covid roadmap… and MEDIA COVERS IT as ‘news’ 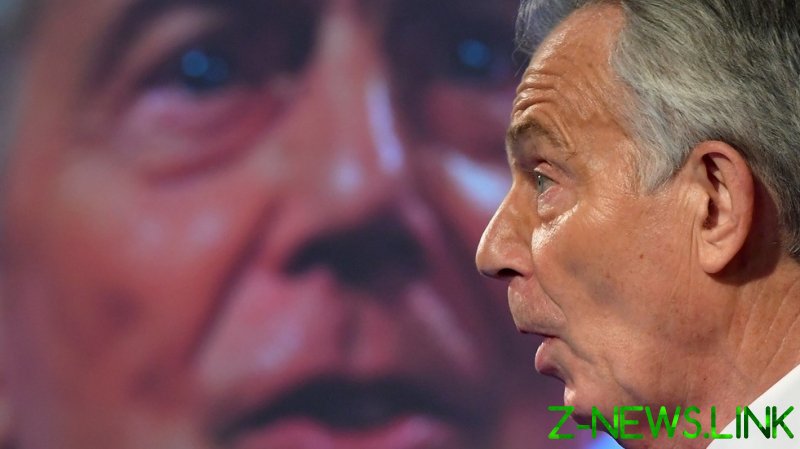 The former Labour Party leader on Friday published his own “roadmap” out of the UK’s Covid-19 lockdown, complete with a “traffic light system” dictating data-based parameters for opening and closing decisions. Mainstream media outlets jumped on the report as big news, with some portraying it as influential in setting the current government’s policy.

“The Tony Blair Institute retains strong links to upper echelons of Whitehall and the Palace of Westminster, and it’s probable the new proposals will resemble those to be revealed by Boris Johnson on Monday,” the Telegraph newspaper asserted.

Twitter users were not amused. Blair may have hung on for 10 years as prime minister, but history hasn’t been kind to his legacy, especially regarding his decision to involve UK troops in the US invasions of Iraq and Afghanistan.

By 2017, his popularity had dropped so far that Foreign Policy magazine referred to him as “the most hated man in Britain.” He’s been condemned as a war criminal by some; in fact, a former Iraqi general tried to bring private war crimes charges against Blair, but the UK’s high court rejected the case. The government’s Chilcot report on the Iraq invasion found that Blair exaggerated the case for war and failed to exhaust peaceful options.

Blair’s war record was at front of mind for many as he pitched his ideas on Covid-19. One Twitter user suggested that the only road map Brits want to see from Blair is his route to The Hague, home of the International Criminal Court.

“Why has the war criminal Tony Blair suddenly been thrust back into the limelight?” sports broadcaster and former soccer player Matt Le Tissier asked. Restaurant critic Kathryn Flett did a double-take when she read a headline about Blair’s Covid-19 plan. “What is this, 1998?” she asked. “Why am I seeing this sentence in a national newspaper in 2021.”

Another former soccer player, Ritchie Hanlon, was similarly puzzled: “Why is war criminal Tony Blair given so much air time and opinion right now? It’s not f**king 1998.”