What is the fate of the militants Donbass after the war 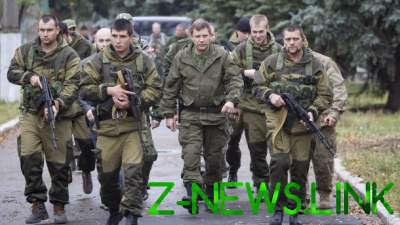 The journalist Babchenko claims that the Kremlin is not need terrorists from Donbass.

Well-known journalist Arkady Babchenko claims that the Kremlin is not need terrorists from Donbass, so he is doing everything to neutralize them, sending them back to Russia. However, at home they will not be able in the end to do anything loud.

He declared it on air of TV channel “112 Ukraine”.

According to him, after the war, the terrorists can’t threaten the Kremlin regime in any way.

The government will never give rise to groups with a certain force, the last war. People come back from there, and if they try to do something, to form any groups, associations, smash instantly. These people do not need power at all. Want to go to the Donbass, to be buried in the forest, under the ring number, please Russia you will have to send the trains — emphasizes the journalist.

At the same time, Babchenko said that on the border from terrorists the problems begin.

“Weapons were not allowed to carry. When they come back, look after them, and just that — first from the police will call them” – adds the representative of the media.

As for strelkov-Girkin, who, after the so-called “resignation,” began to criticize the Russian government, according to him, he is a nobody and power not represent any danger.

“As soon as the authorities think that he is a serious danger, he will sit here for a long time. And then there’s the ACC, “Wagner”, which is the problem of neutralizing these people cope quite successfully,” says Babchenko.