Home / WORLD / What is known about suspected French church attacker: Media reveal details about man believed to have killed 3 in Nice

What is known about suspected French church attacker: Media reveal details about man believed to have killed 3 in Nice 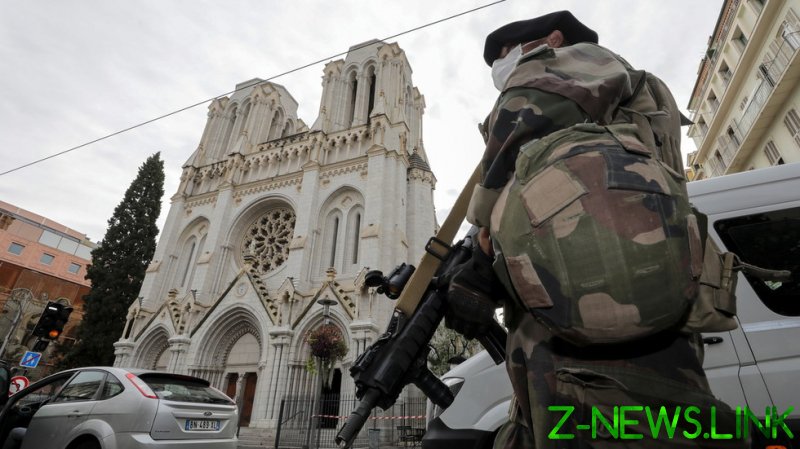 The assailant has been identified as Brahim A., a 21-year-old male of Tunisian descent, Nice-Matin, a regional daily, reported. The claim has been repeated by at least one French lawmaker.

The suspect is now in police custody after being injured and arrested at the site. At least one of his three victims had their throat cut, AFP reported, citing officials. Several other people are believed to have been wounded in the attack.

The mayor of Nice, Christian Estrosi, described the attacker as an “Islamo-fascist” and told reporters that the man kept shouting ‘Allahu Akbar’, “even while under medication.” French prosecutors have opened a terrorist investigation into the attack.

Hours later, police in Avignon, southeastern France, shot and killed a man after he allegedly tried to attack them with a knife. Then, in Lyon, a suspect armed with a “long knife” was apprehended by authorities, purportedly as he attempted to carry out an attack.

France has raised its terrorism alert system to its highest level following the incident in Nice. The country has struggled to crack down on Islamic extremism following the beheading of a schoolteacher, Samuel Paty, by a Chechen refugee. Paty’s murder was thought to have been provoked by his decision to show cartoons of the Prophet Mohammed to his students during a lecture about freedom of speech.