Home / Society / What I will do if I become the king of the President of Russia.

What I will do if I become the king of the President of Russia. 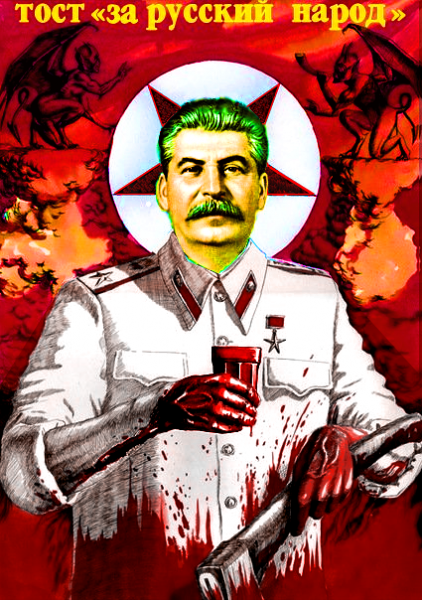 What I will do if I become the king of the President of Russia.

I will be the best king the President, and the first thing I will do I will fulfill all the dreams of citizens of Russia.

1. Somewhere in the middle of Russia, I will arrange the reservation, where will restore an exact copy of the Soviet Union, with all the options and force (strictly within the Soviet laws) relocated to all who are now nostalgic about how cool and lived well in the Soviet Union.

2. In remote areas of the far North and the Kolyma, I will recreate the GULAG and force (strictly in accordance with the laws, 37) to move there all those who want to live under Stalin.

3. I will issue a decree that all those who called to apply religious norms in medieval secular law, would not have the right to apply them to the modern secular legislation, and were obliged to live strictly according to religious canons of their religion. For violation of the canons they would have to bear the punishment in accordance with the norms of its medieval religious law.

4. I will create a settlement of a closed type, where to move all members of all legislatures, where they are free to live as they want and without any limits on a pension of $ 70 a month, but the limits of settlement to leave them will be impossible. I will personally make sure they had the necessities of life: well on the street, toilet in the yard and palocale in the hole on the river. And there’s sure to be a clinic, and it even will be the scanner. But the fact that in this clinic there will be doctors, and that the scanner will work, I can’t guarantee, Bo – optimization in medicine, you know.

5. Next, I will go to meet ordinary people, and fulfill his age-old dream: give him three days to plunder the ruble.

6. Three days later I Express concern and explain that “looting” was not meant that it is possible to break the law. And give security forces the order to shoot all looters on the laws of war.

Well, then I will wait some time and with the remaining millions of normal people will begin to build a new free Russia.