What I think about Putin’s decision to increase the personal income tax from 13 percent to 15 percent, and to give money to sick children 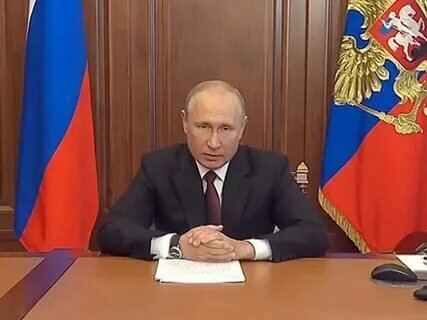 In the head all night vtemyashilos the idea that:

The mountain gave birth to mouse.

That income tax should be differentiated has been described for 2 decades.

And all the time, as soon as the question came to Putin, he would stop him. Say, will start rich citizens to hide their income and go into the shadows. Today he finally admitted that the state is able to control it.

But in society it was about something else. Isn’t the President know about it?

Politicians and economists, workers and Housewives – the people of Russia were waiting for another solution. Its meaning is that the state in caring for the poor citizens, on the rich shifts the payment of taxes.

Do in Western countries. At the hearing at all Sweden and France. Remember the story of how French actor Gerard Depardieu received Russian citizenship. So he, sorry, ran away from high taxes at home.

So, rich, being socially responsible citizens pay high taxes and the poor pay little. Or not paid at all.

Here is an example. When I worked as the Director of the school, I have a watchman, and work on building maintenance worked couple. They have two children. Other work in the village no. Minimum wage. In today’s money this is 12 130 + 12 130 = 24 260 rubles. The four of us. But so say the officials. But in reality this salary is still subject to any withholding tax. It is 3 153 ruble 80 kopecks. On hand, therefore, remains 21 106 rubles 20 kopecks. Those 3153 ruble a lot of money for this family.

As I understand it, we have these people tens of millions.

And are we going to take from the rich to 15%. But only the amount in excess of $ 5 million a year. And the money earmarked will translate to the treatment of sick children.

Nobody argues. The state should treat children.

But these tens of billions have long had to find in a country that sells as much abroad of oil and gas.

And I did not understand whether to address the issue of poverty dramatically.

Unless the amendments to the Constitution than that will help people on the verge of poverty.

How many years talking about the same food cards for the poor. Even the amount already voiced. It is about 10 000 rubles a year.

We talked and forgotten.

And how many large families these maps could help to improve nutrition.

By the way, did not hear the President of the Russian public. It is clearly something wrong with the social hearing. Even Sergei Mironov, the leader of the party “Fair Russia” wrote a letter to Putin. Mironov:

Asked the President to provide financial assistance in the amount of 10 thousand rubles for all children up to 18 years.

We in the Kursk region officials hoped for some time that Moscow decides to pay this category of money. Has not waited and has decided to allocate 3 000.

Nobody understand the logic of the Kremlin. If the child is 17 years of age, the benefit it is not allowed. And the children are learning in school classes 11 to 18 years.

As people understand why restricted benefits by age 16?

By the way, Zyuganov also wrote an open letter to Putin. The Communist leader was asked not to close plywood Lenin’s Mausoleum during the Victory Parade.

Do you think that we will see in the red square?

And I also think that close.