Home / WORLD / What have they got to hide? While trying to dismiss suggestions of ties to UK spooks, Bellingcat founder again lies about finances

What have they got to hide? While trying to dismiss suggestions of ties to UK spooks, Bellingcat founder again lies about finances 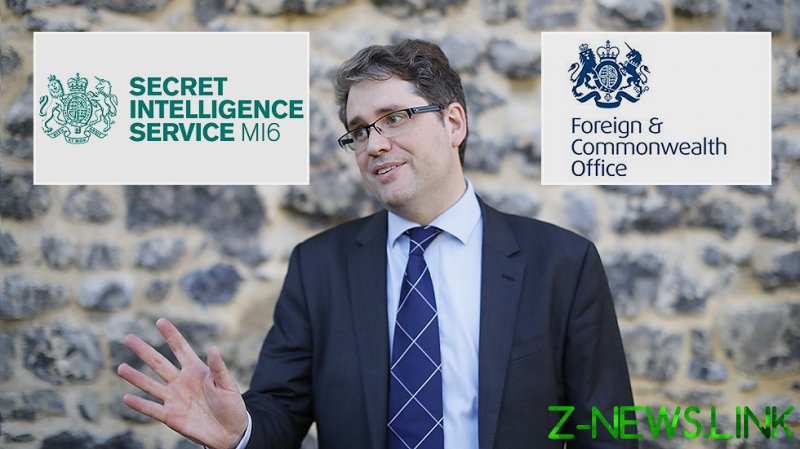 On Monday, controversial US government-funded ‘online investigations’ website Bellingcat published a bombshell exclusive, claiming Russian opposition figure Alexey Navalny had been closely followed by a host of FSB (Federal Security Service) operatives on his various travels around Russia, before he was allegedly poisoned with Novichok in August. The nerve agent is said to be the most deadly known to man.

At first glance, the evidence presented seems compelling, although significant question marks hover over how the organization was able to access certain data – which included the passport details, vehicle registration information, phone numbers and call records of the alleged agents accused of being involved.

Even staunch Kremlin critics are convinced the material was provided by Western intelligence services in some fashion. In response to an article in which I noted that, among other things, BBC journalist Mark Urban had stated that Bellingcat received many of its sensitive documents as a result of GCHQ hacking, the collective’s founder Higgins took to Twitter to dismiss its significance, falsely claiming I’d been “deployed” for the purpose.

While the piece didn’t tackle the ever-thorny issue of Bellingcat’s finances, in his limp riposte Higgins, for reasons unclear, felt it incumbent to claim details of his organization’s funders, “along with the results of an independent audit” of its accounts, could be found on its website.

This too is an outright lie. While an independent audit of Bellingcat’s accounts for 2019 is available, this relates to its Netherlands-based Stichting, or ‘foundation’, established November 2018, not the UK-based commercial entity, which was founded by Higgins in November 2015. These are two entirely separate legal entities, in different jurisdictions.

The UK-based Bellingcat’s accounts are totally opaque, and while the website’s ‘about’ section does offer a list of funders – which includes the US state-agency National Endowment for Democracy (NED) – the amounts each entity gives, and whether this list is comprehensive, isn’t at all clear.

Moreover, Bellingcat’s receipt of funds from the UK’s Foreign & Commonwealth Office (FCO) is entirely unmentioned. Instead, it’s sparingly and evasively stated that the organization is a “partner” in the Open Information Partnership (OIP), without mentioning the initiative is entirely FCO-bankrolled, to the tune of millions annually.
The OIP is a narrative management, or information warfare, outfit which serves as an umbrella group for various organizations considered amenable to the UK government’s agenda.

Higgins has long-been extremely sensitive about allegations of receiving Whitehall funds, which reached fever pitch in late 2018 when files related to the Integrity Initiative, a secretive FCO military intelligence operation, were leaked by hacktivist collective Anonymous. Several of the documents referred to Bellingcat, some suggesting the two organizations were collaborating on certain projects.

Bellingcat’s founder and chief was repeatedly probed on the question following the file dump, but strenuously denied his company had conducted any work for or with the Initiative, or received FCO funding – denials difficult to maintain when FCO files related to OIP were leaked by Anonymous March 2019.

The documents make it clear that the OIP is a “disinformation factory” which seeks to, among other things, influence “elections taking place in countries of particular interest to the FCO.”

Bellingcat staffers Aric Toler and Christiaan Triebert were named as part of OIP’s ‘training support’ team in one document. When quizzed, Triebert revealed Bellingcat was “subcontracted” by OIP lead partner Zinc Network to “give workshops to journalists in the Baltic States and Balkans” on the FCO’s dime.

It’s not clear how much Bellingcat has reaped from this arrangement to date. Curiously though, given the endeavour’s scope, Triebert said he was “surprised” to see his name in the files, and was unfamiliar with the project, as it hadn’t been discussed with him previously.

It’s surely a supremely strange “small, independent” organization in which staff are offered up for projects without their knowledge or consent, and their employer enters into significant commercial agreements without apparent internal consultation.

In any event, the question of whether there’s any meaningful difference between being “subcontracted” or funded by the UK state is an open one, particularly given OIP is entirely financially reliant upon the FCO, and its activities are wholly directed by the department. Nonetheless, it’s a distinction Higgins and Bellingcat are evidently determinedly keen to maintain, to the point of conscious and deliberate obfuscation.

Ironically though, it may be the FCO that actually wishes to distance itself from Bellingcat. An assessment it commissioned of the organization’s suitability for OIP by Zinc Network found Higgins et al were “discredited” due to “spreading disinformation,” and “being willing to produce reports for anyone willing to pay.” Despite this damning indictment, they were still invited to participate and play a leading role in OIP.