Home / WORLD / ‘What happened next?’ CIA roasted after bragging about arming Afghan Mujahideen, aka the Taliban

‘What happened next?’ CIA roasted after bragging about arming Afghan Mujahideen, aka the Taliban 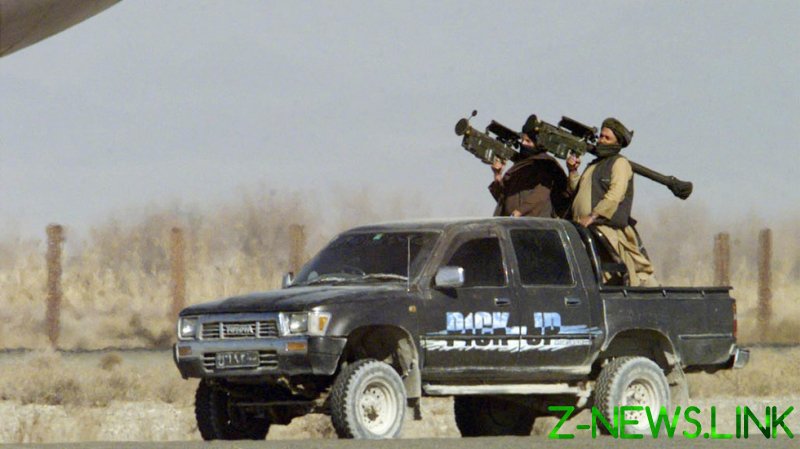 In a Twitter post on Tuesday, the CIA proudly displayed a shoulder-fired FIM-92 Stinger missile launcher. The launcher, the post read, “supplied by the United States gave Afghan guerrillas, generally known as the Mujahideen, the ability to destroy the dreaded Mi-24D helicopter gunships deployed by the Soviets to enforce their control over Afghanistan.”

Operation Cyclone was one of the CIA’s longest and most expensive covert operations, and saw the agency covertly funnel arms and money to Afghan Mujahideen fighters, who in the early 1980s were waging a guerilla campaign against invading Soviet forces. The program continued through the administrations of Jimmy Carter, Ronald Reagan and George H.W. Bush, as the US insisted the Mujahideen were “freedom fighters.”

These “freedom fighters,” who counted Osama Bin Laden as an ally, would eventually morph into the Taliban, a group the US has now been fighting against in Afghanistan for nearly two decades. Former secretary of state Hillary Clinton admitted in 2010 that “the people we are fighting today, we funded 20 years ago,” adding that arming jihadists sounded “like a good idea” at the time.

Of course, the CIA opted not to include this information in their self-congratulatory tweet. Instead, commenters pointed it out for them, mocking the agency along the way. “This is why you should believe nearly everything the CIA is accused of around the world,” one wrote. “Because 20 years later they’ll just admit to it.”

Operation Cyclone wrapped up in 1989, although money was still flowing to the Mujahideen throughout the 1989-1992 Afghan Civil War, which led straight into another brutal inter-jihadist conflict that only ended with a Taliban victory in 1996. The CIA program was one of more than 80 attempts worldwide at regime change by the US government during the 20th century.

One wonders whether the US’ current meddling will one day be commemorated on Twitter. Perhaps the Department of Defense will one day post a picture of a TOW missile used by Al-Nusra jihadists to take on Syrian Army tanks. Maybe former State Department number two Victoria Nuland will one day look back fondly on the time she helped engineer a coup in Ukraine.

However, they might just take a look at how the CIA’s tweet went down and decide to keep quiet.