Home / WORLD / What does a ‘superspreader’ look like? Scientists identify physical features that could boost Covid-19 transmission

What does a ‘superspreader’ look like? Scientists identify physical features that could boost Covid-19 transmission 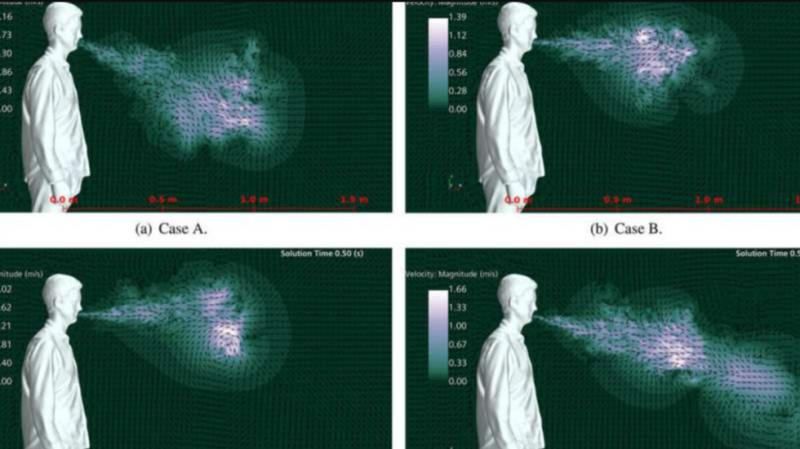 A team of scientists from the University of Central Florida’s Department of Mechanical and Aerospace Engineering combined 3D modelling with numerical simulations to digitally recreate sneezes from a variety of people with different physiological features.

They studied how factors like a blocked nose or a full set of teeth might contribute to so-called superspreader events by examining how far the viral load contained in sneeze droplets travels and for how long they linger in the air.

According to the US Centers for Disease Control and Prevention, exposure to respiratory droplets from infected people is the primary means by which the coronavirus is transmitted so, while somewhat gross, this area of study could be critical to stopping the spread of the pandemic, with or without a vaccine.

“They actually appear to drive transmission. So, if you see someone without teeth, you can actually expect a weaker jet from the sneeze from them,” says Michael Kinzel, an assistant professor with UCF’s Department of Mechanical Engineering and study co-author.

In other words, blowing your nose before you head out in public may soon be considered a public good.

Not ones to shy away from the icky, the researchers also simulated different types of saliva ranging from thin to thick to determine the impact viscosity has on viral transmission.

The team found that sneezes composed of thinner saliva tended to linger in the air for longer which coincided with earlier research they had conducted.

They previously explored producing a Covid-19 cough drop to thicken people’s spit and drag any sneezes to the ground faster thus reducing the likelihood of transmission in the immediate aftermath of a sneeze.

“The results show exposure levels are highly dependent on the fluid dynamics that can vary depending on several human features,” says Kareem Ahmed, an associate professor in UCF’s Department of Mechanical and Aerospace Engineering and study co-author.

The researchers are hoping to conduct clinical trials with a variety of volunteers from multiple backgrounds and further “investigate the interactions between gas flow, mucus film and tissue structures” during coughs and sneezes and how they aid transmission of viruses and disease.