Home / WORLD / What do you call Liz Cheney’s ousting from a Republican leadership position? A good start… 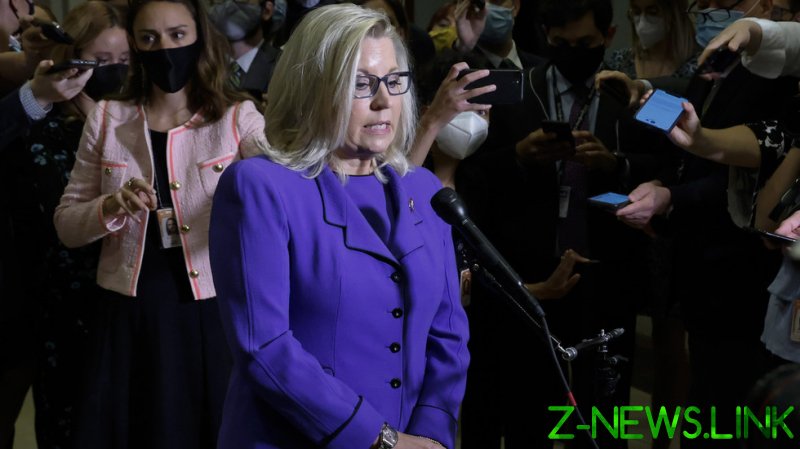 House Republicans today voted to remove Wyoming Representative Liz Cheney from her leadership position in the chamber. While some might paint Cheney’s ousting as a fracture within the GOP, it’s important to note that her supporters don’t actually appear to be from within the Republican Party.

Rather, the only figures who are condemning the action against Cheney are the same people who have been vocal critics of the GOP for the past four years. Far from constituting a divide amongst Republicans, Cheney’s ousting instead represents the start of a more unified GOP, one that is glad to shed the RINOs (Republicans In Name Only) from its ranks.

Judge her by her friends

On her social media page, Hillary Clinton condemned Cheney’s removal from leadership as Republicans “abandoning all reality and principle for Donald Trump.”

And Speaker Nancy Pelosi, meanwhile, made glowing remarks about Cheney, stating that, “Congresswoman Liz Cheney is a leader of great courage, patriotism and integrity,” and that by voting against her, “House Republicans declared that those values are unwelcome in the Republican party.”

TV host Joy Behar, a staunch progressive, also had surprisingly kind words for the self-described Republican, saying, “It is rather refreshing to see somebody stand up to the QAnon party who is not afraid to lose her job like the rest of those cowards who are shivering and quivering in the corner.”

If Republicans had any doubt that they made the right decision in ousting Liz Cheney from their leadership, such reservations have assuredly been quieted by the outrage the move has elicited from the left. The likes of Clinton, Pelosi and Behar have all actively worked to block the conservative agenda; if they’re suddenly fans of Liz Cheney, it’s likely because they see her as an ally against the growing America First movement within the GOP.

On the right, or at least those who claim to be on the right, one of the few Republican voices to come out in support of Cheney was Senator Mitt Romney. A long-time detractor of Trump in his own right, Romney lamented that, “Expelling Liz Cheney from leadership won’t gain the GOP one additional voter, but it will cost us quite a few.”

Romney’s words will do little to earn Cheney favor within the party, however, as the Utah Senator himself was recently subjected to jeers from the crowd when speaking at his state’s GOP convention.

And similarly, Rep. Adam Kinzinger, whose own denunciation of President Trump led to him being shunned by 11 family members, said about Cheney that “history – I’m going to tell you, in the long term – is going to write very well about her.”

Like Cheney, Kinzinger has fiercely condemned the idea that the 2020 election was not secure, and that Joe Biden is not the duly elected President. But, considering that around 70% of Republicans do not believe the election was free and fair, whether Cheney and Kinzinger are correct, at the very least, it’s safe to say they are not in agreement with their constituents.

No, it’s not just about Trump

In addition to being suspiciously popular with those who hate Republicans and are hated by Republicans, it’s also worth noting that when it comes to actual policy, Cheney is far from a shining example of conservatism anyway.

FreedomWorks, a libertarian/conservative grassroots organization, assigns a score to all congressmen based on their voting track-records. A high score, such as the 79% held by Rep. Jim Jordan or the 100% held by Rep. Thomas Massie, indicates consistent support for small-government legislation. On the other hand, a low score, like Cheney’s paltry 53%, is a sign that, when looking for politicians to support, pro-freedom advocates best look elsewhere.

It was little surprise that immediately following her removal, Cheney didn’t choose to concentrate on the Republican party’s real battle – against Biden’s disastrous presidency – but told reporters: “I will do everything I can to ensure that the former president never again gets anywhere near the Oval Office.” Hmm, we’ll see how successful that is.

Many have been quick to smear Trump as a dictator within the Republican party, but his strong influence even now, when he is no longer in office, should be proof that his popularity was more than just a cult of personality. Trump was a fighter against political correctness, he was anti-establishment, pro-grassroots, and was willing to shake up the political system in order to get things done.

Until politicians like Cheney recognize that the era of the neo-con has gone, and that the America First movement is here to stay, they can expect to get left behind.