What cars bought Ukrainians in 2017 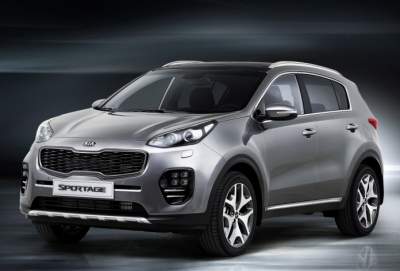 The most popular car of 2017 was the KIA Sportage.

According to “Ukravtoprom”, in whole in 2017, the Ukrainians have purchased 82.2 thousand new cars, or about a quarter more than in the previous year.

In nine out of twelve months a leading position on the market of new cars kept the Japanese brand Toyota, which once again demonstrated the highest implementation rate at year-end. In 2017 new cars Toyota issued 9696 registration numbers, which is 26% higher than a year earlier.

The second most popular brand in Ukraine, it is expected, сталаRenault. This French brand three times in the past year, led the ranking of brands in February, March and December. The result of Renault for the year – 8671 registered cars (+36% by 2016).

In third place is Volkswagen, the cars that chose 6525 motorist. With respect to the previous year VWвырос 30 percent.

The top five leaders of KIA. Operators of this Korean brand has managed a 34% sales increase of KIA cars in Ukraine and finished the year with record 5320 cars sold.

And the most popular car of 2017 was the KIA Sportage. This Korean crossover with their wallets voted 3714 Ukrainian customers.