Home / WORLD / ‘What are we doing wrong?’ UFC champ Francis Ngannou in pay potshot as he claims Logan Paul made $20MN from Floyd Mayweather fight

‘What are we doing wrong?’ UFC champ Francis Ngannou in pay potshot as he claims Logan Paul made $20MN from Floyd Mayweather fight 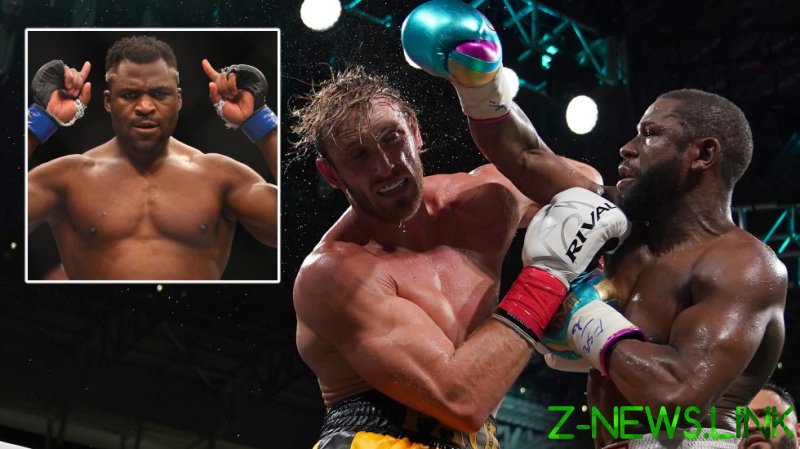 While Ngannou was reported to have earned $730,000 for his stunning second-round win over Stipe Miocic that landed his title in March, celebrity-turned-boxer Paul claimed he would make up to $20 million for stepping into the ring with boxing icon Mayweather.

The exact amount that Mayweather and Paul will have earned for their scrap depends on pay-per-view revenue, with the financially obsessive ring icon certain to have returned to action only for a payday worth far more than most MMA fighters will earn in their lifetimes.

“It’s crazy to think that Logan Paul just made $20 million on a boxing exhibition,” said Ngannou, pointing to the hugely-followed internet personality’s record of one defeat from his sole fight prior to taking on an opponent with a record of 50 wins from 50 bouts. “What are we doing wrong?”

UFC fighter pay has become an increasingly prominent topic in recent months, with former title contender Tony Ferguson calling on promotion president Dana White to increase bonus payments, as well as second-ranked middleweight Paulo Costa claiming he had pulled out of a fight because of the issue in the hours leading up to Mayweather’s meeting with Paul.

Despite the huge sums they raked in, neither Mayweather nor Paul appeared ruthlessly intent on dishing out the kind of concussive conclusion that Ngannou delivered to Miocic in his hard-won rise to earn his title.

“Logan made 20 million and Floyd made 100 million for that,” said UFC fighter Jesse Ronson, offering an element of conjecture that is widely considered to have been broadly accurate in terms of the handsome riches both men will have made from their unlikely meeting in Miami.

“Whatever it was, no wonder my fellow company men are complaining about pay and holding out. So bad, and yet they make so much. Not fair.”

A fan pointed to a report suggesting that long-serving UFC title holder Jon Jones had made less than $10 million during almost 12 years fighting with the organization.