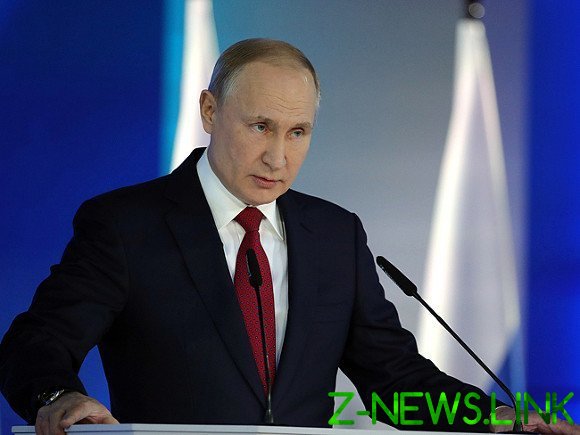 Benefits, grants, state programs, national projects… none of it is real economic development. And to divert attention.

The government decided to bribe the Russians — despite the fact that there are no economic grounds for the bounty of his master’s shoulder is not in sight. People nervously laughing, but the mind still holds: “a black sheep even a tuft of wool”.

Bargain for a large mortgage, matkapital for the first child, child benefits for the poor and free school Lunches… anything Putin has promised in the message to the Federal Assembly. Sounds nice. And half a million for the first-born — so all fantastic.

But here’s the problem: all this has no relation to the real social policy. Unless, of course, except for such artificial support of the banks and developers.

Someone will say that it’s better than nothing. But I am not sure. Try to find it.

For example, a mortgage. There is nothing fundamentally new President has not proposed merely pointed out that it is necessary to actively develop the previously developed benefit programs.

About the far East under 2% for immigrants will not, it’s quite funny.

But subsidizing mortgages for 450 thousand for new families is to consider in detail.

So, for example, a family with three children a conditional Nizhny Novgorod decides to borrow a two-bedroom apartment worth 4.5 million rubles. As an initial contribution from them along with a shot is one million rubles (must be at least 20%). A mortgage for 20 years, the monthly payment 23 thousand is the entire salary of one of the spouses, for example.

For twenty years, even given the “gift” from the state and preferential rates, the overpayment will be two million. Only overpay! And live in this five on one salary — in fact, in poverty and trouble. Good support!

The same with the parent capital. The reality is that 75% of the holders of certificates direct the state subsidy on repayment of housing credits. On retirement, this capital is not leave — too risky given the numerous “pension maneuvers.” Mugs for children to pay for certificate too difficult. Even a cheap property without the loan to buy, because the sellers do not want to deal with certificates, because the money has to wait for months.

It is most convenient to attach the subsidy to a mortgage, especially if it is issued for a new building. Ultimately, these 450 thousand rubles (466 this year) eat interest. But the banks with developers earn. Well, some more migrants, which we have erected most part of the housing.

But all of this is presented as a mercy and generosity is extraordinary for which people should be immensely grateful to the authorities.

The main thing — not to think about the fact that whether people have a normal job and a decent salary, then they would have without the programs of the apartment bought. As in other countries, where lending rates without any concessions lower than ours for the beneficiaries.

Now on benefits. Them as always promise the most miserable, orphaned and poor. The other twist as you want. Ah, Yes — the wretchedness too, will have to prove a lot of references. Precariat and self-employed benefits not see with them only the taxes. Which we say began to collect well, and will be, judging by the latest reshuffle in the Kremlin, even better.

And as usual, benefit is a temporary solution. Now from three to seven. Why seven? Because then they will be free to feed!

School hot Lunches — the only thing that promises everything. To them, glory to the king-father, help collect not necessary. No one will be left free of agglomerated pasta and cheap sausages. Europe is haunting the Ghost of an unconditional basic income, and we have an unconditional basic lunch! What a achievement! However, it is only up to fifth grade. Then the children, apparently, by the need to get out. Maybe the business will do. Will slimy to do and in the school corridors to sell (if not worse — banned).

In General, again it all comes down to handouts. About developing the economy, increasing productivity through modernisation and as a consequence, growth of incomes of Russians, the fight against unemployment and control over observance of labor legislation of the question. In fact, because of the power and promise different people — to be able did not substantially change. And even the Constitution proposed to fix things as they were. Sad.