Home / business / What are housing prices next year

What are housing prices next year 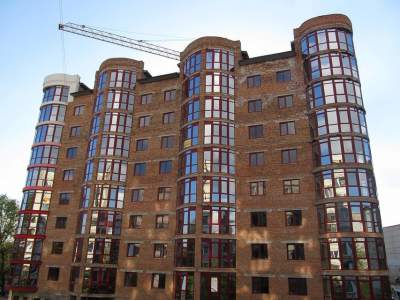 The price of primary real estate in the next year will not fall, and likely will increase.

Real estate prices in Ukraine in 2019 will be stable, and the number of new projects in the primary market will decrease, say analysts Association of realtors of Ukraine. Last year the average price in the five largest cities of Ukraine fell almost monthly interest, and this year – one tenth of one percent.

The representative of the Association Eduard Brazas comments Radio NV said that the activity of shopping in recent years, growing on average by 10% per year. According to his forecast, it will continue to increase. However, 2019 will show smaller numbers, because it’s an election year. And yet the main interest in the housing market focuses on the economy segment. While Brazas stressed that in the primary market, the rate of new projects is reduced, because developers have been actively working and now a lot of offerings on the market.

“If we are talking about Kiev, up to 80% of the demand is concentrated in the real estate segment 50 thousand dollars. Even three-bedroom apartments, in a sense, moved into the economy segment. However, the demand is there, deals are made. The market is quite lively,” said Brazas.

Prices in the primary can grow

The price of primary real estate in the next year will not fall, and likely will grow. How much will depend on the dollar, the minimum wage and of course how will unfold the latest developments in connection with the military situation. Comments about this NV said the head of the non-state expert Bureau Anatoly Topal.

According to him, the growth of demand for residential property in the primary market contribute to loyalty programs and financial instruments proposed by the developers. Investors, ie the buyers, are increasingly using financial instruments such as installments from the Builder or mortgage, because it gives you the opportunity to purchase a home today without having the full amount, or buy a bigger flat. In the interests of investors, developers develop the affiliate program of mortgage lending. General conditions for obtaining a mortgage: the first payment for the apartment – from 30 to 50% and prove their financial solvency.

“In 2017, the vector of demand began to return to the secondary market. But in the fall of 2017 and early 2018, developers have begun to come up with a program of lending and installment. Because of this, they returned to the primary market, a significant part of the demand,” said Topal.

Not to pay attention to the new year event

Expert real estate SV Development Sergey Kostecki told Radio NV, 2018 and on the primary market and secondary real estate distinguished calm. About a third decreased the number of transactions with a new room. Developers have begun to actively build smart housing. The transaction itself was on new apartments has increased, but the total amount is less. Kostecki advised consumers not to give in on some Christmas action, because they are almost always there because of the great deals.

“In 2019, no great changes will not happen. Will be a slight increase in prices in the primary market. Depending on the dollar exchange rate will depend on the offer price on the secondary market. Perhaps, there will be a slight decline, up to 5-7% from current prices”, – the expert has predicted.