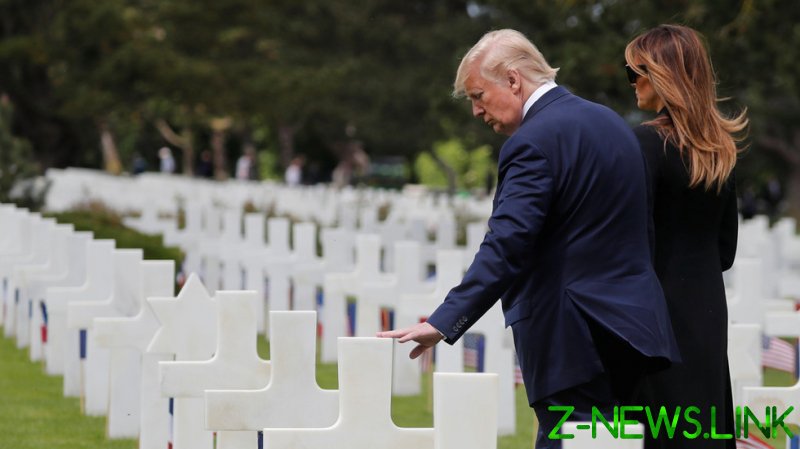 The Atlantic article, published on Thursday, claims the president disparaged dead American soldiers on several occasions throughout his term, citing a flock of nameless officials and aides, none of whom would go on record with their accounts. The story also noted Trump’s “contempt” for the late GOP Senator John McCain – who was taken as a prisoner of war during the conflict in Vietnam – alleging he refused to support McCain’s funeral because “[the] guy was a f**king loser.”

Trump weighed in on the claims later on Thursday evening, acknowledging that he was “never a big fan of John McCain,” but brushing aside the notion that he had ever denigrated US soldiers, deeming the allegations a “disgraceful attempt” to sway the 2020 presidential race.

Speaking to reporters after a campaign trip to Pennsylvania late on Thursday evening, Trump argued “there is nobody that respects [the troops] more” than he does, and called the anonymous sources – if they even exist – “lowlifes and liars.”