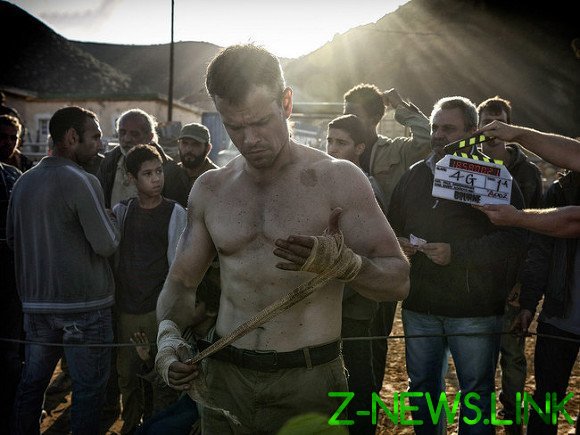 Individual freedom and the possibility of public criticism of their own government — an indicator of the essence of the political regime.

When they talk about freedom in Russia and America, always remember the old Soviet anecdote. Bet Russian and American, where more freedom — in the Soviet Union or the United States. The American says: “I can go out on the lawn near the White house, to shout “Reagan is a fool,” and for me it will be nothing.” “Surprised — meets Russian, I can also go to Red square, to shout out: “Reagan is a fool,” and me too, for it will be nothing”…

Telling this anecdote in their kitchens, the Soviet people in the early 1980s, years laughing, learning native reality. Someone who, as they were well known, what happens if red square to shout “Brezhnev is a fool.” Certainly will not be laughing.

Meanwhile, the problem of individual freedom, the possibility of a criticism of their own government, head of state — is not an abstraction. This tracing of the political system, the indicator of the essence of the ruling regime.

Not to say that over the past 30-40 years in our country in this respect nothing has changed. Then the question — nothing to compare. If Russia 2010 years, not to mention 1990s- early 2000s, then, compared even with a completely vegetarian years the end of the era of stagnation, we have here today is almost a riot of freedom.

Of course, since the coming to power of Vladimir Putin in 2000, the space of freedom in the country continuously and consistently reduced. His grip began almost from the beginning of the reign of the new President as soon as the state took possession of the channels, and then start “master” and the Internet space. Yes, and with the freedom of speech, which was discussed in the above-mentioned anecdote in Russia today has problems too — I’ll shout on red square, so easily fall under the heading of “insulting the authorities”.

Three or four semi-free edition, which tactfully Majesty allowed to criticize the Supreme ruler, are designed to demonstrate to Russians and the world community that the country is on this indicator have not yet sunk to the level of 30-80-ies of XX century. However, trends are pointing in the wrong direction.

And yet, even the best time for freedom in Russia — the Yeltsin years — in our country it was impossible to imagine the level that existed then (and especially today) in the West.

Take the “most important art” — movie. The phrase, as you know, attributed to Vladimir Lenin but in fact, said the head of the Commissariat, Anatoly Lunacharsky, and Lenin, educated in the classical tradition, just repeated it, and then only with irony. However, Lunacharsky, that is, got to the point. Due to its mass character, General availability (movies, can watch and uneducated people), and the impact on people’s minds, cinema and indeed became the main art of the twentieth century and still remains so in the twenty-first century.

It is noteworthy that in the US that left and okolelova the public continues to be considered the main enemy for the past twenty years appeared a series of highly grossing films and TV series, in which the Goodies blamed America worth: call it “fascist state”, “Empire” and other bad words.

For example, outstanding Renny Harlin film “the Long kiss Goodnight” (1996) with brilliant actors in the lead roles. In form it is a cool Thriller, beautifully made action — nothing more. It all logically, consistently derived one from the other.

The plot of the film today the new can not be named — for the past twenty years he repeatedly rolled in the other scenes: the craft of intelligence (in this case, superagente) Samantha Kane (Geena Davis), a leading for several years the ordinary life of a simple school teacher and an exemplary mother, suffering from amnesia. About her past she doesn’t remember anything. However, it catches it in the face of the man who broke into her house and trying to kill. “On the machine” it uses the skills of self-defense, who taught her back when she was called Charlie Baltimore and worked for the CIA. Trying to understand the causes of the incident, she communicates with a former police officer and now a private detective of Hennessy Mitch (Samuel L. Jackson).

Investigation conducted by them, leads Samantha, Charlie and Mitch to former colleagues Baltimor the CIA that are engaged in important work — they are preparing a Grand terrorist attack using chemical weapons in a small American town on the border with Canada. One of the main organizers of future crimes Timothy — intelligence officer and father of a young daughter, Samantha, Charlie.

The key scene of the film is played when Samantha and Mitch are in the hands tsrushnik headed by chief Timothy, who says the most remarkable words of the film: “Remember the bomb at the world trade center (1993)? They (the Arabs) took responsibility for the bombing so that we have increased your budget”.

“You’ll act a terrorist act to knock out money from Congress?”, guesses stunned Mitch. “Unfortunately, I don’t know how to portray the death of four thousand people, that’s all really. And we blame it on Muslims as usual. And I get the financing”, — says the head of Timothy.

Thus, Americans in the film is allowed to show not even an abstract “intelligence”, and quite specific CIA, as an organization, where people work, planning and conducting large-scale attacks on their own country.

Here, of course, everything can be blamed on the popularity with the public for all sorts of “conspiracy theories” and to close the discussion, but context is important. Do not forget that the film was made in 1996. Only five years ago broke the main strategic opponent of the US — Soviet Union. In power in America bill Clinton — the man is actually social-democratic views, seeking to engage with the leadership of the new Russia, which, in turn, is in a semi assembled state.

In this situation, the public in both countries asks reasonable questions: why to spend huge sums on the army and security services, if you seriously have to fight anyone? And “cloak and dagger” on both sides of the Atlantic, in turn, are concerned about the plans of the political leadership to drastically reduce their funding…

However, in this case the question is not whether there was a real something similar to what is described in “the long kiss good night”, or is it just a flight of fancy Renny Harlin and Shane black, who was at that time (to the minute!) the highest-paid screenwriter in Hollywood. The main thing is that American movie with top actors, Director and screenwriter, as shows the main intelligence Agency of their own country. And nothing for them it was not…

The question arises: is it possible something like that in today’s Russia. Just imagine that in our cinemas is a film in which the main characters struggle with the gang of terrorists building a nest in the Lubyanka. The answer is obvious. Here, of course, it is impossible not to recall the fate of the book “FSB blows up Russia”, which was a version of the involvement of the security services to the apartment bombings in Buynaksk, Moscow and Volgodonsk in the fall of 1999.

At the beginning of the first Chapter of this book even was published in 2001 published “Novaya Gazeta”. But in 2004 the books were arrested by the police — in “Novaya Gazeta” believe that it happened after the criminal case on the fact of disclosure of state secrets. By the way, then journalists, among other things, noted that the book as a prohibited is not included. But this has changed in 2015, when Khorol district court of the Primorsky territory recognized the book “FSB blows up Russia” extremist material on the basis of which she entered in the relevant list where still listed at number 2791.

Get back again to America. Another Hollywood film with a star of the first row will Smith in the title role — “enemy of the state” (1998) “denigrating” another reality of the US intelligence — national security Agency (NSA), which in the movie does not hesitate to murder to help push a bill that infringe on the personal lives of Americans.

The film “Iron man 3”, released in 2013, one of the two writers which was the same Shane black, beats version, according to which the terrorist No. 1 Bin Laden (in the picture, however, he carries the name Mandarin, but apparently is a copy of Bin Laden) — another hoax of us intelligence, and in fact the mediocre actor, which these same intelligence agencies just hired to play their desired role.

One of the positive (important) characters in a popular American series Bones Jack Hodgins (Thomas Joseph Mysteries) not once called America “a fascist country”. And note, neither he nor the creators of the series, too, “nothing happened.” Can you imagine this in our “anti-fascist” country?..

The list is long. Then the film “Goodfellas” (2016), which also hints that the United States “a fascist state”, and especially a series of films about the superspy Jason Bourne (from 2002 to 2016 year five: the Bourne Identity, the Bourne Supremacy, “the Bourne Ultimatum” “the Bourne supremacy” and “Jason Bourne”).

The name Jason Bourne, of course echoes the name of another cinematic superspy James bond. However, the difference between them is huge. If the first faithfully serves as Her Majesty and has no qualms about killing people for the glory of old England, the franchise of Bourne in the ideological attitude goes much further.

In her first film (“the Bourne Identity”), the superspy who has lost her memory, just trying to “remember everything” and to beat off from colleagues who ordered to kill him for the failure of the task (he could not shoot a former African dictator with his children). It is somewhat reminiscent of the plot of “the Long kiss good night”. However, in the following parts of born actually starts his own war with “the office”.

The last film of this series — “Jason Bourne” already directly refers to the real agent Edward Snowden, who in some circles in the West is associated with the hero who defied their own government in the name of higher goals — the protection of individual liberty.

The character “Jason Bourne” Nicky Parsons (Julia Stiles) along with a group of Icelandic hackers hacking into the CIA mainframe. Bourne rushes to her aid, and after her death gets right up to Director Langley Robert Dewey (another star Tommy Lee Jones), put a gun to his head. In the end, CIA Director kills his subordinate Heather Lee (Alicia Vikander). And the head of the CIA is presented here in the manner that notorious scoundrel.

In one of the episodes is really quite symbolic moment. Bourne and Parsons are surrounded by anti-government demonstrations in Greece against the background of red flags… From the point of view of Western and Russian left — a complete rejection of the system…

Everything is great, but again, ask yourself: is it possible in our “anti-fascist” country successful film with such a plot, where the hero puts a gun to his head the notorious scoundrel — Director of native intelligence? Or where he’s leaking all the secrets of his “office” and comes under the red flag in anti-government demonstrations? All this is nothing more than another rhetorical question…