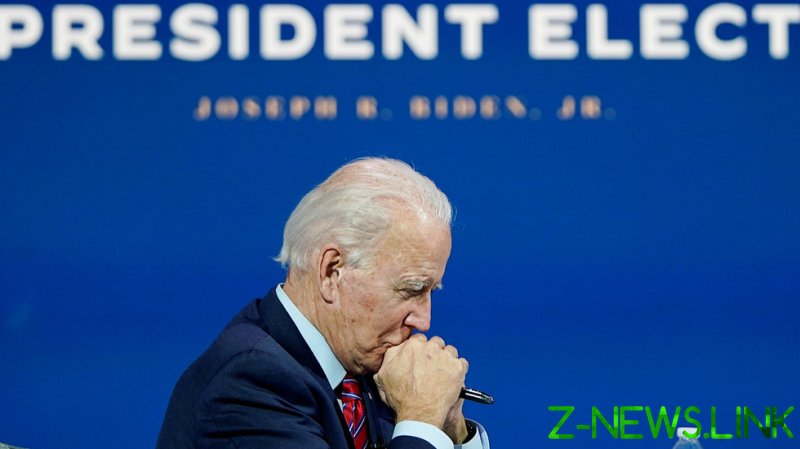 In a Tuesday conference call with reporters, top Biden advisers warned that asylum restrictions and other immigration policies on the United States’ southern border will not be going away anytime soon.

Rolling back the policies, advisers say, will “take time.”

This is despite the fact that Biden campaigned on a promise to immediately reverse Trump’s immigration decisions if he won the election.

“Donald Trump has slammed the door shut in the face of families fleeing persecution and violence. On day one, I will eliminate President Trump’s decision to limit asylum and end the MPP [Migrant Protection Protocols] program,” Biden tweeted in January.

The seeming flip-flop is already earning the Democrat a wave of criticism on social media.

“It appears that the inclusion of a policy in a campaign platform, or a promise by a candidate trying to win votes, doesn’t actually mean that’s what will be done once the person is in power,” journalist Glenn Greenwald tweeted.

“Biden plans to use the cages he and Obama built when he is president. He is urging patience,” another user added.

“Guess you guys should have asked Joe about those cages after all,” writer Stephen L. Miller responded.

Among Biden’s immigration promises, he’s vowed to up the number of refugees and asylum seekers allowed into the US, a number Trump has slashed multiple times while president.

As critics have pointed out, however, the administration of Barack Obama, where Biden was vice president, also had strict immigration policies and has come under fire recently for building the many of the infamous “cages” now controversially being utilized when separating families coming into the country illegally.