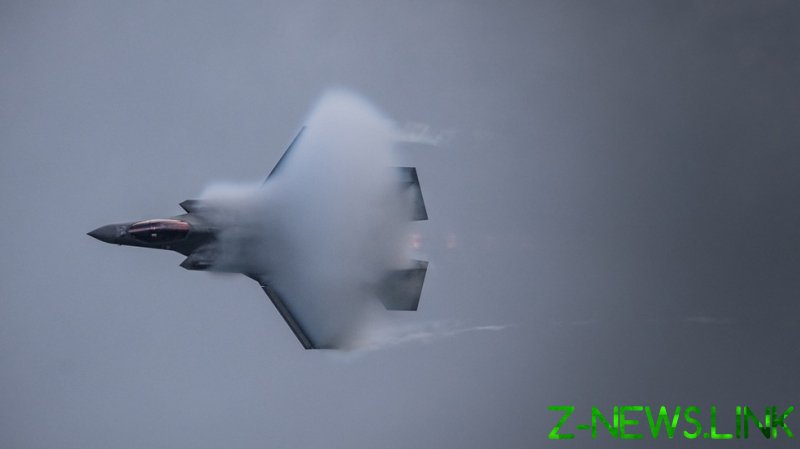 Frustration with Lockheed Martin’s fifth-generation stealth jet flooded Twitter on Wednesday, after Forbes magazine published a story about how USAF commissioning a study into a new, cheaper and lighter fighter amounts to “a tacit admission that the F-35 has failed.”

“We could have used this cash to cancel student loans for every person in America,” lamented the liberal watchdog Public Citizen, pointing to the F-35 program’s estimated $1.7 trillion lifetime cost.

For that kind of money, “we could have completely replaced America’s water infrastructure,” said environmentalist advocate Erin Brockovich.

Others, like Daily Beast reporter Spencer Ackerman, joked that the plane isn’t really a failure since “It very successfully transfers hundreds of billions of dollars of your money to defense contractors.”

Congress approved the purchase of 93 of the fighters, at $100 million or so on average, in the 2021 Pentagon funding bill.

Wednesday’s outrage was triggered by the Forbes story published the evening before. Author David Axe referred to an article from Air Force Magazine from last week that had gone largely unnoticed until now. It announced a tactical aviation study ordered by USAF Chief of Staff General Charles Q. Brown Jr, looking for a “clean sheet design” of something he called a  “fourth-and-a half/fifth-gen minus” aircraft.

Brown compared the F-35 to a “high end” sports car, a Ferrari one drives on Sundays only. The plane’s engines are apparently “failing a little faster in certain areas” due to heavy use, so he wants to “moderate how much we’re using those aircraft.”

“We don’t want to burn up capability now and wish we had it later,” he said. Admitting that the solutions he is proposing won’t be popular, he said it was the only way to “accelerate change” in the Air Force.

“I have a degree in engineering; it’s all about numbers and facts,” Brown is quoted by the Air Force Magazine, which added that he told the staff tasked with the study, “don’t give me emotion, bring me the facts.”

What he wants is “something new and different” that has the capabilities of the aging F-16 “but gets there faster, using our digital approach,” Brown is quoted as saying.

The F-35 Joint Strike Fighter was supposed to be that “something” all along. Lockheed Martin originally promised a single platform that could replace all other aircraft in US service, with shared parts making production cheaper and maintenance easier. Instead, the F-35 ended up split into three distinct variants, all of which are experiencing chronic performance issues – and a price tag to make even the Pentagon blush.

Year after year, US military inspectors assembled never-ending lists of F-35’s flaws and problems, but the program had facilities across so many states, with so many jobs at stake, that lawmakers were loath to cancel it. Failure was not an option – at least until Brown came along.