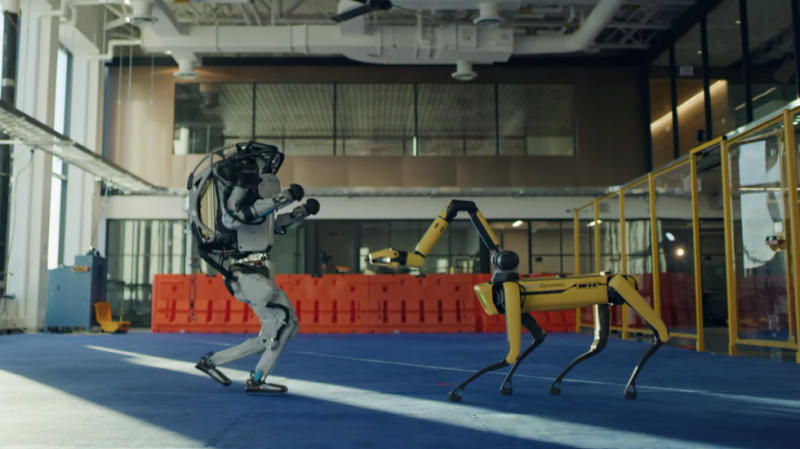 The video – which showed off two robot humanoids, one robot dog-like creature with an extendable snake head, and a tall robot on two wheels doing a group dance – went viral on social media, with users both praising and condemning the robotic advancements.

Described by some as “uplifting and fantastic,” and “the most impressive engineering on earth,” others compared the robots to Terminator and RoboCop, and called them “dancing gun platforms.”

“We’ve collectively learned nothing from sci-fi movies. This is definitely the moment we’re supposed to turn back,” Box CEO Aaron Levie said, while novelist Antoine Wilson tweeted, “As I watch, all I can think about is how to disable them.”

“It’s adorable until they’re doing this on the smoldering remains of humanity,” another user opined.

Boston Dynamics has repeatedly made headlines over the past few years for their awe-inspiring robots – which have danced, twerked, pulled trucks, demonstrated backflips, and performed complex parkour and gymnastics routines – though the cautious response from the public has always lingered.

Other robot dogs have also been adopted by police departments, the US military, and Singapore – which used a robot to monitor social distancing amid the coronavirus pandemic.

Boston Dynamics was owned by Google between 2013 and 2017, before being sold to the Japanese SoftBank Group. As of December 2020, however, it belongs to the Hyundai Motor Company.