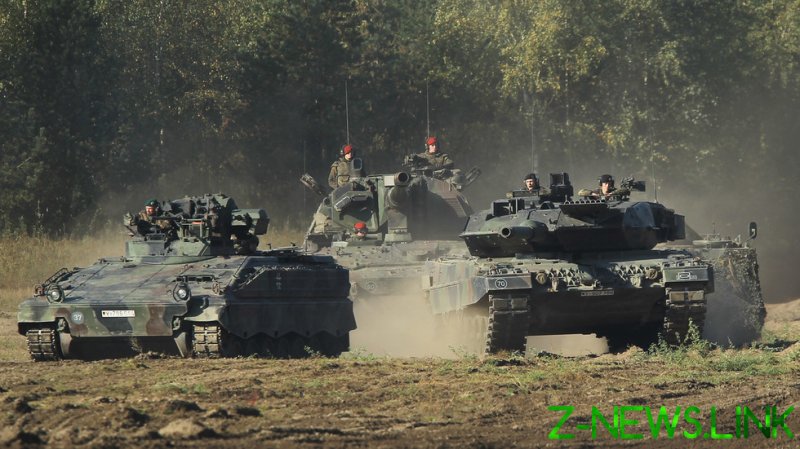 If the US and its allies supply Ukraine with heavy tanks, the consequences for Kiev will only be negative, while it will not seriously impact Russia’s military operation in the country, Kremlin spokesman Dmitry Peskov claimed on Friday.

His comments come as top defense officials from Washington and its partners convened at America’s Ramstein Air Base in Germany to discuss further military aid for Ukraine. The US Department of Defense previously announced that one of its top goals for the meeting was to convince Germany to provide its Leopard 2 tanks to Kiev, or at least allow other countries, such as Poland and Finland, to deliver their own German-made tanks to Ukraine.

However, the ministers failed to reach a unanimous decision on the matter, according to German Defense Minister Boris Pistorius. Berlin has long expressed a hesitancy to allow allied nations to send Leopards to Kiev and is reportedly waiting for the US to send its own Abrams tanks first. The Pentagon, however, declined to include M1 Abrams tanks in its latest package to Ukraine.

Peskov stated that these supplies will only create more problems for Ukraine and ultimately fail to change anything regarding Russia’s progress on the battlefield.

The spokesman cautioned against exaggerating “the importance of such supplies in terms of their ability to change something,” and explained that “all these tanks will require both maintenance and repairs, and so on,” thus creating more challenges for Kiev’s troops.

Russia has repeatedly insisted that any weapons sent to Ukraine will only serve to prolong the conflict and lead to more unnecessary bloodshed. As for the tanks, Peskov stated earlier this week that if they end up being delivered to Ukraine, they “will burn like the rest” of the Western weapons.