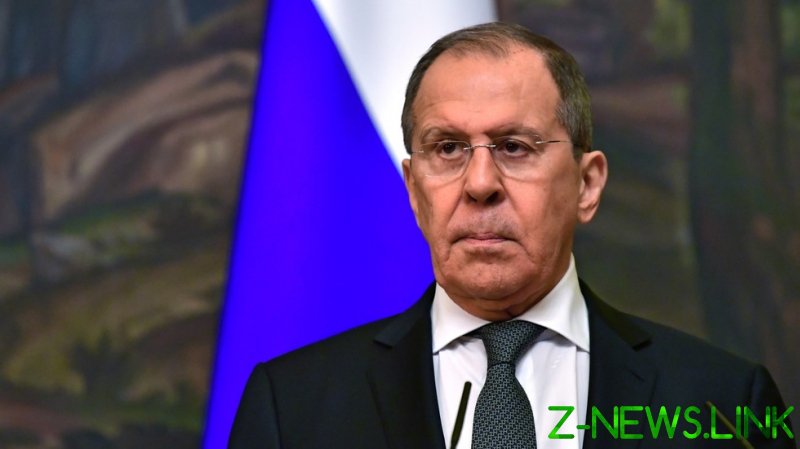 Speaking on Wednesday at a joint press conference in Moscow with UN Secretary-General Antonio Guterres, Lavrov reiterated Russia’s support for the organization, and criticized those who take individual approaches, instead of using established collective decision-making mechanisms.

In particular, he noted that some countries engage in “illegitimate actions,” such as using force “without the approval by the UN Security Council,” as well as unilaterally imposing sanctions.

“We consider developing certain ‘rules’ behind the back of the greater part of the international community and then imposing them on others as universal norms unacceptable and dangerous practice,” Lavrov explained. “The ‘rules-based order’ concept promoted by our Western colleagues is unrelated to either law or universal morality.”

In his opinion, the idea of ‘rules’ causes damage to the coordinating role of the UN, and has caused an imbalance in the architecture of global governance.

The Foreign Minister also expressed his support for Guterres’ attempts to resolve crises by political and diplomatic means, including through mediation. The UN Secretary-General was visiting Moscow for his annual face-to-face discussions with Russian leadership.

Wednesday was not the first time Lavrov slammed the so-called ‘rules based order.’ Last week, Lavrov accused Western countries of imposing totalitarianism in international relations by forcing their political positions on other countries. In particular, he pointed the finger at the US and the EU, accusing them of turning away from the principles of democracy and multilateralism.

In February, Foreign Ministry spokeswoman Maria Zakharova echoed the same sentiment, when she accused Western countries of resolving global problems in a private group without inviting both Russia and China.

“Our Western partners seek to resolve issues in a narrow circle and advance decisions that they are comfortable with, which will later be imposed on other members of the international community through the prism of the ‘rules-based world order’,” she said.