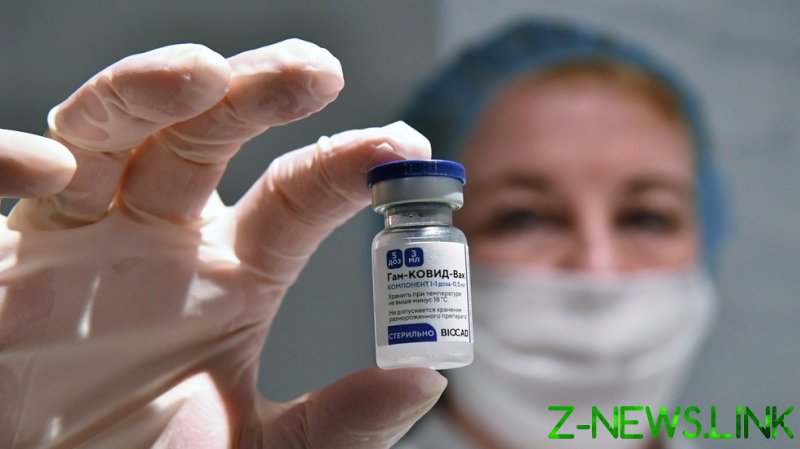 The formula has been at the center of a fierce information war, with a number of commentators casting aspersions on the evidence that underpinned Russia’s decision to urgently register it in August last year. However, it appears that the final word on subject lies with the scientists who published their results on Tuesday.

More than 91 percent of those given the vaccine were estimated to have developed immunity, and those who did contract the virus were less likely to become seriously ill even after receiving only one shot. The analysis, based on over 20,000 participants across the world, would appear to tick the box for reaching the gold standard of pharmaceutical evidence.

Commenting alongside the findings in The Lancet, British scientists Ian Jones of the University of Reading and Polly Roy from the London School of Hygiene and Tropical Medicine praised the science behind the jab. “The development of the Sputnik V vaccine has been criticized for unseemly haste, corner cutting, and an absence of transparency,” they said, “but the outcome reported here is clear and the scientific principle of vaccination is demonstrated, which means another vaccine can now join the fight to reduce the incidence of Covid-19.”

It hardly requires a microscope to see the scale of the campaign against Sputnik V in Western media. Straight out of the gates in August, comments from Professor Francois Balloux, a biologist at the UK’s prestigious University College London, were picked up by global news outlets. “The Russian vaccine gamble is reckless and foolish, whether ‘it works’ or not,” he wrote on Twitter.

Additionally, while the start of vaccination programs were covered as a technological feat in the West, UK and American news portrayed Russia’s rollout as a hasty, dodgy endeavor met with skepticism by ordinary Russians. By suggesting that a government, any government, would jeopardize the health of the nation with an untested vaccine, unfortunately, plays straight into the hands of anti-vaxx conspiracy theorists.

Social media users mocked the idea that Russia could be in pole position in the race towards immunity, with memes circulating suggesting that the vials contained nothing but vodka. However, as wary as some might be about the prospect of anything originating in the world’s largest country, many will find that they end up in line for Sputnik V.

Dozens of states have already muscled their way onto the Sputnik V order book, with countries like India, Brazil and Argentina receiving their first shipments of supplies. But, while Western nations have largely held out so far, that picture might be about to change.

On Tuesday, German Chancellor Angela Merkel said that her government had “received good data today from the Russian vaccine.” She added that “every vaccine is welcome in the EU, but only after it has been approved by [the bloc’s central regulator, the] EMA.” Last month, the organization said that it was considering an application to approve the formula. Hungary, which had ordered vials for clinical research, approved it independently and is awaiting clearance from Brussels to begin injections.

However, Western politicians desperate to bolster immunity among their locked-down populations in a bid to return to normality might encounter obstacles of their own creation. After years of increasingly strained relations with Moscow, lawmakers in Washington, London and EU capitals will likely be concerned that anti-Russian sentiment and the aspersions initially cast on Spuntik V could hamper immunization efforts.

The UK-based pollster YouGov conducted a survey of 19,000 adults across 17 countries to determine their attitudes to vaccines based on where they had been developed. People in Italy, Australia, Hong Kong, Singapore, the UK, US, Denmark, Poland, Sweden, France and Germany all had net unfavorable scores for a Russian-made jab, even before they’d seen any evidence of its safety.

The idea that political narratives and geopolitical tensions could stand in the way of a life-saving immunization program should be a worry for officials. As part of efforts to ensure everyone who is eligible for jabs actually rolls up their sleeve for one, conspiracy theories and distrust have to be seen as a public health issue. Either way, if vaccination is the route back to normal life for millions across the world, Sputnik V could soon be coming to a clinic near you.