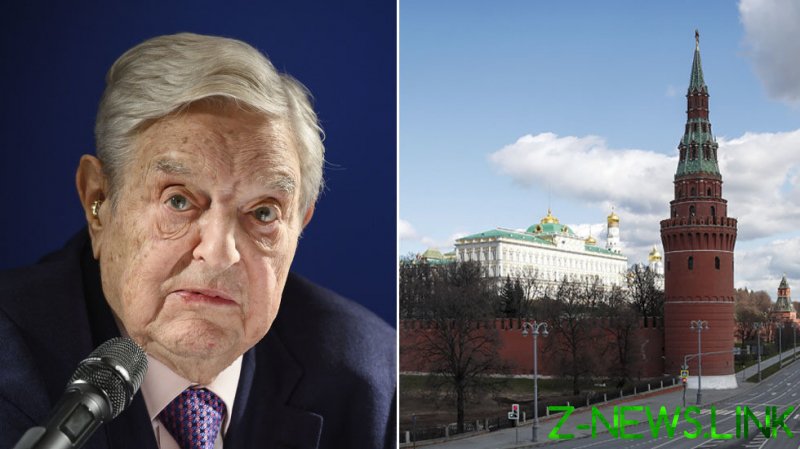 Last week, it was announced that Moscow had revoked the residency of Vanessa Kogan, a US national who heads the NGO Stichting Justice Initiative (SJI) in Russia. If her appeal against the decision isn’t successful, she’ll be forced to leave the country, where she has lived for over a decade, and has two children who are Russian nationals.

Authorities had been mounting pressure on the organization for some time — one of its branches was deemed a foreign agent in 2019, and the group’s offices in Dagestan, Moscow, and Ingushetia have been raided by officials in recent months.

Condemnation from Western media and rights groups was immediate, with the issue framed as just the latest example of an ongoing autocratic crackdown on rights activists in Russia. The censures were intriguing for what they both did and didn’t say.

Mainstream outlets such as the UK’s Guardian newspaper universally referred to Kogan and SJI as “prominent” and/or “well-known”, a somewhat peculiar characterizations given neither she nor the organization received virtually any media attention whatsoever in its nigh-on 20 years of operation, prior to her residency being revoked. Perhaps she and SJI are only familiar to the small community of Western journalists and activists in the Russian capital.

In any event, several genuinely high-profile organizations and figures, such as Peter Stano, European Commission lead spokesperson for external affairs, slammed Kogan’s expulsion on Twitter – SJI’s own account on the social network is largely dormant, having accrued just 231 followers in its four-and-half years on the platform.

Conversely, the numerous mainstream articles on the move made virtually no reference to the organization’s funding sources — The Guardian perhaps went furthest, at least hinting SJI receives financial support “from abroad”.

A joint statement signed by six NGOs was similarly opaque on the former question, merely noting SJI was “one of the most active in Russia in bringing cases” to the European Court of Human Rights (ECHR), and had secured over 250 judgements in favor of complainants. Curiously, there was no mention of the intimate ties between SJI and two of the cosignatories, Amnesty International and Human Rights Watch, an oversight one might think unethical.

The sextet moreover alleged SJI “has always been open and transparent about its work”, a claim difficult to square with the paucity of information on its official website.

A section on the organization’s finances sparingly notes it “raises funds from institutional and government donors”. Financial statements are provided, but only from 2010 – 2017, and aren’t at all informative, merely noting SJI’s yearly income, and what it was spent on. Still, they indicate the vast bulk of its budget is goes on salaries, and grants have accounted for up to 99 percent of the organization’s yearly funding.

The organization’s annual reports are somewhat more illuminating, although they’re only available from 2006 – 2011, and the final instalment isn’t even publicly listed. They reveal SJI has at least previously been funded by a number of controversial Western ‘philanthropic’ organizations, including Soros’ aforementioned OSF.

This vehicle, which bankrolls civil society groups the world over to the tune of many millions, has been embroiled in countless controversies since its establishment in 1993.

Mounting suspicion of OSF internationally may at least partially explain why SJI has become ever-increasingly unwilling to divulge who and what is bankrolling it over time. Recent years have seen numerous governments investigate and curtail the foundation’s activities, if not outright ban it from operating on their soil – among them Russia, after Moscow ruled the organization represented a threat to national security in November 2015.

SJI’s fiscal opacity is assisted by being based in the Netherlands – as its name implies, it’s a ‘Stichting’, or foundation. While not registered as a charity, it’s characterised as being “without commercial enterprise”, so isn’t required to file accounts under Dutch law.

The organization’s 2011 annual report reveals SJI was established in 2001 by a trio of Dutchmen, Diederik Lohman, the director of Human Rights Watch’s health division, Jan ter Laak, a theologian, and Egbert Wesselink, a senior advisor at PAX, a Netherlands-based NGO.

Further underlining SJI’s foreign nature, its governing board boasts only one Russian member, Alexandra Koulaeva. Previously an activist with Moscow-based civil rights group Memorial, she has since relocated to Paris to work for the International Federation for Human Rights (FIDH).

FIDH likewise receives OSF funding, along with financial support from the European Union, Ford Foundation, Rockefeller Brothers Fund, and a variety of Western governments. Wesselink also sits on the board — PAX has the same correspondence address as SJI, a post office box in Utrecht, and also gets OSF funding.

The rest of the board is comprised of Ole Solvang, of the Norwegian Refugee Council, Tanya Mazur, director of Amnesty International Ukraine, and Viviana Krstecevic, of the Center for Justice and International Law (CEJIL).

The Council is bankrolled by numerous European states, while CEJIL has a variety of international donors, among them OSF, and the US National Endowment for Democracy (NED).

When covert becomes overt

The connection between NED and SJI is supremely striking for more reasons than one. Firstly, NED was banned in Russia July 2015 on the same grounds as OSF — the move was widely lambasted at the time, but any consideration of the organization’s shadowy history and activities, and the role they played in motivating Moscow’s decision, was conspicuously missing.

They sought to construct a mechanism to support groups inside foreign countries that would engage in propaganda and political action the CIA had historically organized and paid for in secret. In 1991, senior NED official Allen Weinstein acknowledged “a lot of what we do today was done covertly 25 years ago by the CIA”.

The specifics of CEJIL’s activities on behalf of NED, for which it has reaped hundreds of thousands of dollars over decades, may be relevant to assessing SJI’s own work.

In September 2003, the organization granted CEJIL US$83,000 to train citizens in launching legal action against Caracas via the Inter-American Commission and Inter-American Court of Human Rights, a little-known yet extremely powerful Washington and Costa Rica-based legal nexus that claims jurisdiction over the entirety of the Americas, with the agreement of the Organization of American States.

The grant led to a dramatic increase in frivolous claims brought against the Venezuelan government by opposition activists, all of which circumvented the country’s legal system and undermined its sovereignty, granting power of judgment to a potentially sympathetic foreign body.

SJI board member Viviana Krsticevic’s official biography on CEJIL’s website notes she has litigated cases before both the Inter-American Commission and Inter-American Court of Human Rights, strongly suggesting she was involved in these very NED-funded anti-Chavez efforts.

SJI says its purpose is to provide legal support to residents of the North Caucasus who seek justice for alleged human rights abuses through international bodies such as the ECHR.

When Chechnya declared independence from Russia in 1991, the region became a haven for criminals, kidnappers, and Islamist warlords, and over the course of two extremely brutal wars, December 1994 – August 1996, August 1999 – May 2000), enforced disappearances, extra-judicial killings, torture and unfair trial became routine.

Such crimes continue intermittently to this day, and few would surely argue with the moral necessity of bringing those responsible to justice and securing redress for those affected.

Nonetheless, the risk of at least some cases being without foundation and/or politically motivated is significant, a prospect demonstrably magnified when there is a financial incentive for individuals to bring cases, and organizations specifically seek out individuals to represent in such legal actions.

For example, in February 2017 award winning British lawyer Phil Shiner, who’d played a leading role in bringing legal action against British troops for their maltreatment of Iraqis following the 2003 invasion, was struck off the solicitors’ register. It had been revealed he paid middlemen to seek out claimants, and made “unsolicited direct approaches” to potential clients.

Could SJI have helped facilitate potentially vexatious claims against Russia in the ECHR? Krsticevic’s position on the organization’s board suggests this is a possibility, and the organization’s 2010 annual report makes clear the organization specifically sought out young Russian lawyers and trained them to bring cases to the Court, and boasts of how financial rewards paid to out its claimants had almost doubled over the past decade, to an average of €60,000 – 70,000.

At the very least, the same document makes clear “forcing structural change in Russian law and policy” was a key objective of its founders from the beginning.

As such, SJI is just one example of how Western powers quietly and surreptitiously influence politics and policy in “enemy” states via NGOs, under the aegis of democracy and human rights promotion. While the aims of the foreign funded organizations in question may be benign, the goals of those bankrolling them are often far from benevolent, and all too frequently left unexamined.