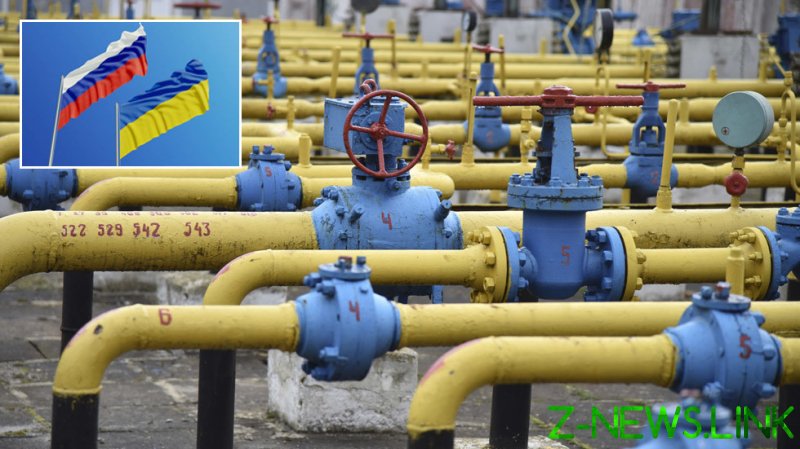 The reality is that attempts to make it conditional that Russian gas exports to the rest of Europe must move through Ukrainian pipelines is increasingly disarmed by Moscow’s growing strategic partnership with China.

The International Energy Agency (IEA) defines energy security as “the uninterrupted availability of energy sources at an affordable price.” Based on this definition of energy security, it would be reasonable to expect that the European Union eagerly supports Nord Stream 2 as it ensures uninterrupted supply of the cheapest available gas. Instead, the hostility towards the pipeline reveals that the rhetoric about energy security is dishonest.

Energy is also an instrument of geoeconomics. States attempt asymmetrical interdependence to obtain political power. Brussels is more equipped to dictate the terms of relations if Russia’s dependence on the EU increases and the EU’s reliance on Russia decreases. Asymmetrical interdependence is imperative for the Western-centric organisation of the pan-European space, to ensure that Russia follows the decision-making of institutions where it does not have a seat at the table.

The danger of the EU’s reliance on Russian gas has also been dishonest as the relationship has been defined by symmetry – the EU is reliant on Russia for supply, and Russia is dependent on the rest of Europe for demand. To shift the balance of dependence, Brussels has focused on diversifying energy supplies to become less reliant on Russia, while Russia has aimed to diversify transit routes to reduce dependence on unreliable neighbours.

Moscow initially preserved energy discounts for former Soviet republics, believing it would naturally translate into friendly relations. After the Western-backed ‘Orange Revolution’ in Ukraine in 2004 produced a pro-NATO/anti-Russian government, Russia withdrew energy discounts due to the simple logic of not subsidising an adversary. Ukraine responded by siphoning gas of transit pipelines from Russia to Europe, and Russia cut supplies. The myth of the Russian ‘energy weapon’ was born. Subsequently, the competition between diversifying energy suppliers or transit states intensified.

Challenges with unreliable transit states presented countries like Germany with a dilemma between energy security (reliable supply) and geoeconomics. By maintaining Russian dependence on transit through Ukraine, the EU would strengthen the revenue and strength of Kiev vis-à-vis Moscow. Reliable supply was prioritised and by 2011, the Nord Stream I pipeline was operational, which connects Russia and Germany directly through the Baltic Sea.

In 2014, the Western-backed toppling of the Ukrainian president produced another pro-NATO/anti-Russian government. The ensuing chaos yet again created a dilemma between energy security and geoeconomics. In 2015, an agreement was reached for a twin pipeline – the Nord Stream 2.

Greater Eurasia and the diversification of consumers

The coup in Ukraine also introduced a tectonic shift in European politics. Russia cancelled both its ambitions to develop a Greater Europe and its three-centuries-long Western-centric foreign policy, and replaced it with the Greater Eurasian Initiative in cooperation with China. Translated into energy security and geoeconomics, this meant that the great diversification game expanded beyond suppliers versus transit, as Russia also diversifies its consumers.

Russia is rapidly becoming less reliant on the rest of Europe, which has profound implications. Cancelling Nord Stream 2 will not make Russia reliant on using Ukraine as a transit state, rather it will make Russia diversify further away from Europe as a consumer. Germany also recognises that maintaining Nord Stream 2 is imperative to maintain a bridge to Russia and prevent the largest, and most powerful, European state aligning itself even closer with China.

The US now sanctions Germany and other European countries for cooperating with the construction of Nord Stream 2, with the reasoning that Washington is protecting Germany and Europe from reliance on Russia.

However, even the circus around the Western-backed opposition figure Alexey Navalny did not culminate in the cancellation of Nord Stream 2, although the continued mid-construction obstruction of the pipeline has already made Moscow view the EU Europeans as unreliable partners, and Moscow is unlikely to agree to another pipeline project to an EU state.

The Europe-Russia balance of dependence

The EU-Russia relationship has to date been defined by great asymmetrical interdependence in Brussels’ favour. Russia was deeply dependent on EU states’ strategic industries, technologies, transportation infrastructure, finance, and gas exports. In turn, they were reliant on Russian gas.

The EU’s efforts to further increase the asymmetries between its members and Russia has backfired. The balance of dependence shifts in Russia’s favour as Moscow aims to integrate Greater Eurasia. With China as its main partner, Russia is rapidly diversifying away from reliance on European strategic industries, technologies, transportation infrastructure, finance, and gas exports. Without the political aspirations of a European future and excessive economic dependence on the EU, Russia no longer has incentives to be lectured by the West.

The EU thus finds itself on the edge of a political precipice. Reduced influence over Russia makes its members more reliant on sanctions, yet economic coercion only intensifies Russia’s geoeconomic decoupling from the rest of Europe. The new dilemma is EU energy dependence on Russia versus the bloc becoming increasingly irrelevant for Russia.

Without excessive reliance on the rest of Europe, Russia only has incentives to end dependence on transit through Ukraine. First, ending transit through Ukraine will enhance the textbook definition of energy security. Second, Russia will no longer be reliant on the infrastructure of hostile powers. Indeed, reducing Ukraine’s pipelines into scrap metal follows the same logic as Russia’s successful decoupling from the ports of the Baltic States.

Lastly, it will be beneficial to stabilise the region. When 80% of Russian gas transited through Ukraine, both the US and EU had great incentives to impose their influence over Kiev. Decoupling Ukraine from Russia’s energy infrastructure will remove Ukraine from the centre of geostrategic rivalry.