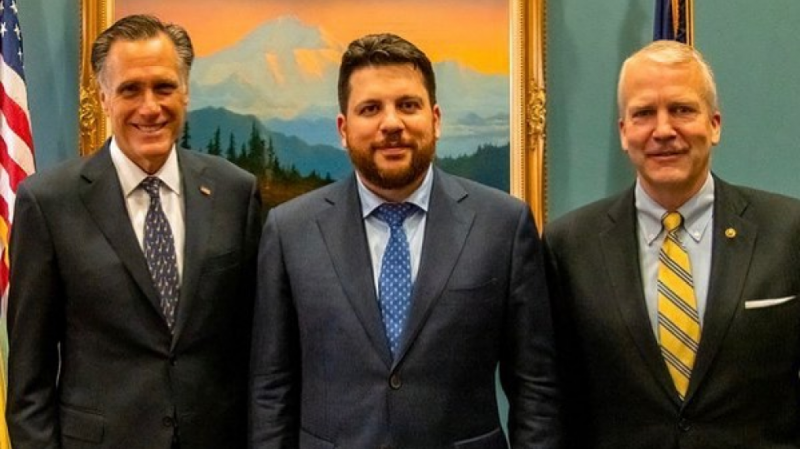 The head-to-head has drawn flak from a range of commenters. Prominent American “Russia-watcher” Kevin Rothrock took to Twitter to ask why Volkov would want to be photographed with American politicians, given the images would likely only further undermine his credibility inside Russia. It’s as if “Volkov and others in his boat have given up on political ambitions back home,” he tweeted.

Indeed, posing with politicians in Washington is hardly a savvy way to make friends and influence people in Russia. But just as important is the other side of the equation: what good does it do Westerners to pose with Russian oppositionists? Romney and his ilk likely believe that by doing so they are promoting the cause of Russian liberalism. But here they run into a problem. History suggests that when liberal reform comes to Moscow, it tends not to come from the hands of liberals.

If liberalism is understood as an ideology that seeks to expand personal liberty, then its triumph can hardly be debated. Across most of the world, the majority of people now enjoy an array of legally enforceable civil, political, social, economic, and cultural rights that would have been almost unimaginable a century ago. While the extent of these rights varies greatly from country to country, it is hard to challenge the idea that they have expanded significantly over time.

Paradoxically, though, the expansion of liberty often has very little to do with liberalism itself, let alone with liberals. States grant freedoms to their citizens for a wide variety of reasons. Often these are purely pragmatic and have nothing to do with liberal ideology. Often, in fact, liberal reformers are decidedly non-liberal, doing what they are doing for decidedly illiberal reasons. Russia is a case in point.

One could well argue that Russia today is not as free as it was 10 years ago. But compared with 50, 100, or 200 years ago, it is now a land of extraordinary liberty. Yet, in all that period, liberals have only actually been in public office for two very brief periods – for a few months in 1917, and for a few years in the early 1990s. It is hard, therefore, for the country’s liberal minority to take credit for the expansion of liberty in their country.

In fact, freedom in Russia has largely been a gift handed down from above, as Tsars and General Secretaries relaxed the fetters binding their people, hoping to modernize and strengthen the state. Along the way, they’ve been aided by what one might call “enlightened bureaucrats” – state officials who have sought reform in order to make government more efficient.

It was for those reasons that, in 1762, Tsar Peter III of Russia granted the nobility freedom from their obligation of state service and, one hundred years later, Tsar Alexander II freed the serfs, created local elected assemblies, and instituting a substantial judicial reform.

Alexander’s ‘Great Reforms’ owed little if anything to liberalism. They were in large part a response to Russia’s defeat in the Crimean War, which revealed that substantial change in Russia’s social and economic system was necessary if the country was to modernize and be able to compete on the international scene. The result was a substantial liberalization of Russian society, carried out for fundamentally conservative reasons by bureaucrats whose primary interest was strengthening the state.

Two examples of such “enlightened bureaucrats” were the brothers Miliutin – Dmitry and Nikolai. The former carried out a wholesale reform of the Russian military, while the latter played a key role in the Editing Commission that wrote the 1861 edict emancipating Russia’s 20 million or so serfs. Nikolai made his position on change clear, stating that, “The initiative in undertaking any reforms for the good of the country belongs to the government and only to the government.”

Although the Tsar invited the Russian nobility to submit suggestions as to how to free the serfs, Miliutin and his commission ignored most of them and did things their own way. The result was not at all in line with what the more liberal members of Russian society wanted, but it had the advantage of being practical.

Much the same pattern emerges in the late Soviet Union. According to historian Robert English, the Soviet Union’s acceptance of the human rights elements of the 1975 Helsinki Final Act owed much to “midlevel diplomats – zapadniki [Westernizers] concerned to broaden the momentum of détente,” who viewed the agreement as likely “to encourage domestic reforms, a gradual liberation of the Communist system, and humanization of Soviet society.” Pressure from dissidents in the Soviet human rights movement had nothing to do with the decision.

Likewise, dissidents played next to no role in Mikhail Gorbachev’s perestroika. Rather the initiative belonged to a small group of individuals who had pursued long careers within the communist system. These included key advisers to Gorbachev such as Anatoly Chernyaev, Georgy Arbatov, Georgy Shakhnazarov, and Abel Aganbegyan.

All this suggests that Westerners who pin their hopes on the modern Russian equivalent of Soviet dissidents are likely to be wasting their time. Rather than bothering with political dead-enders like Volkov, they should be trying to discover the Miliutins and the Chernyaevs of the future. And if they’re really interested in seeing Russia become more liberal, then their concern ought to be how to make the modern-day Miliutins’ lives easier.

It’s hard to see how embarking on Cold War 2.0 does that. Kremlinologists sometimes portray Russia’s president, Vladimir Putin, as a centrist who balances competing factions within the Russian elite. Liberal bureaucrats have always been one of those factions. However, there is a widespread perception that, in the past few years, East-West tensions have caused the delicate balance of power to swing decisively in one direction, to the disadvantage of liberal Westernizers and to the advantage of their opponents.

This is to nobody’s benefit. The new Cold War atmosphere threatens enlightened bureaucracy with extinction. With this, the prospects of reform from above dwindle, leaving only one means of enacting change – revolution from below. Moscow has tried that before. It did not work out well, either for Russia or for the rest of the world.