Home / auto / Western Europe will remain without a car Infiniti

Western Europe will remain without a car Infiniti 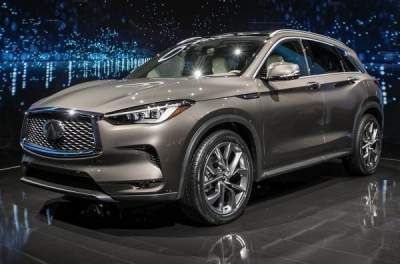 The brand will focus on growing world markets.

After a long period of rumors and speculation, Nissan finally officially confirmed the luxury brand Infiniti will leave the markets of Western Europe in early 2020.

Infiniti has announced plans for a global restructuring, and is going to focus on the largest growing world markets – North America and China. The company will also stop production of its models Q30 and QX30 at the factory in the UK.

As for our situation, the withdrawal from Western Europe will not affect the current operations of the brand in Eastern Europe and CIS, Middle East and Asia, as these markets, sales of Infiniti vehicles continue to grow.

The restructuring plan has far-reaching consequences for other markets, especially in China and North America as Infiniti plans to electrify its line from 2021, and will cease production of diesel engines.

See also:  In Ukraine will be produced in an eco-friendly car

In North America, Infiniti will pay more attention to its range of SUVs, while in China, the brand will release five new models in the next five years, also plans to improve sales and achieve greater cooperation with Nissan.