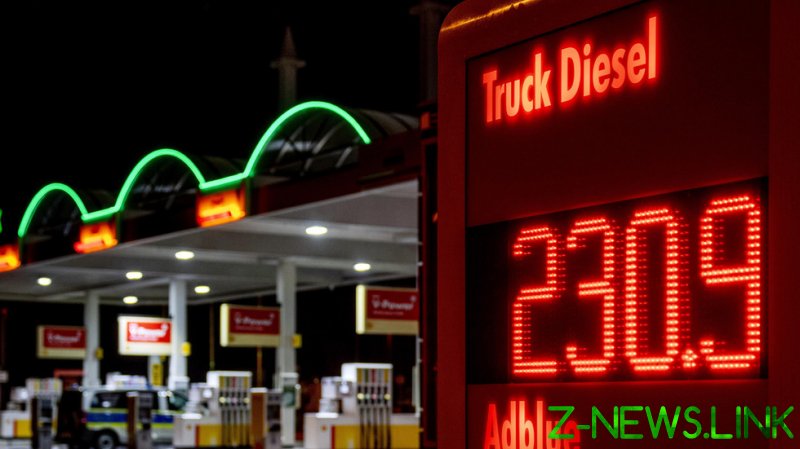 It’s impossible to escape the constant undertone of the need to sacrifice for the greater global good or else be viewed as a selfish prick. And now, you risk even worse branding by the thought police if you don’t fall in line with this new outlook: That of a Putin-enabler.

Since Russia launched its military campaign in Ukraine, Western elites have been arguing that we all must collectively and senselessly concede to lowering our basic standards of living in order to hit back at President Vladimir Putin. In reality, all it does is allow them to continue to profit from our increasingly lowered expectations while all we get in return is the satisfaction of our own virtue signaling.

French Minister of the Economy Bruno Le Maire called on all the French to “make an effort” on their energy consumption to cope with the rising prices. People should “realize that we’re entering into a new world” amid the conflict in Ukraine, in which we “must accelerate our independence vis-à-vis fossil fuel,” he said in an interview with the news channel BFMTV earlier in March.

Meanwhile, France’s ecological transition minister, Barbara Pompili, announced that public institutions would be asked to “reduce by one degree” their heating in response to the spike in energy prices since the onset of the conflict.

Le Maire let the cat out of the bag in evoking a “new world” – a phrase which seems to be on the lips of top western officials these days, including US President Joe Biden earlier this week at a business round table. “Now is a time when things are shifting and there’s going to be a new world order out there, and we’ve got to lead it,” Biden said. “We’ve got to unite the rest of the free world in doing it.” 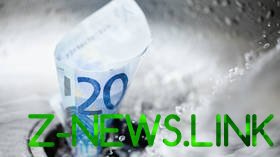 And chief EU diplomat Josep Borrell has also asked Europeans to “cut the umbilical cord that connects with Russia,” by using less heating, apparently unaware that it could potentially be redirected to other markets while Europeans sit around waiting for their newfound beaming virtue to generate heat.

There has long been American pressure on Europe to cut itself off from Russian gas. The hostility towards the needs of the average citizen living within the European Union has been framed as looking out for their best interests against Russia. The “Protecting Europe’s Energy Security Act of 2019” was designed to sanction corporations involved in the Nord Stream 2 gas pipeline construction to “address Russian pipeline projects that create risks to U.S. national security, threaten Europe’s energy security, and consequently, endanger Europe’s political and economic welfare.”

Not surprisingly, the legislation was introduced by Ted Cruz, a Republican senator from “big oil” Texas, which could eventually profit from the EU losing Russia as its supplier. According to US government data, in 2021, the EU was buying about 2.3 million barrels a day of Russian crude oil and condensate – or 49 % of the country’s exports.

The problem is that there are no immediate practical substitutions for Russian energy. And while turning down “Putin’s gas” in your French home may be appropriate in any case – and I speak as someone who has never once turned on the heat in my home in 13 years of French living – there’s something else going on here. It seems like politicians are exploiting the current situation to condition people to accept paying more while accepting less value, and with no real end or practical solution in sight. The fact that Le Maire manipulatively played on emotions by evoking images of Ukrainian children in an appeal for basic energy conservation should raise red flags.

Likewise, German Agriculture Minister Cem Ozdemir told Spiegel magazine that people should fight Putin by changing their diet. “Despite the fact that I am a vegetarian, I will not preach that everyone should go vegetarian,” he said. “But let’s put it this way: Eating less meat would be a contribution against Putin.”

This message is brought to us by the same elites who routinely peddle the idea of westerners eating bugs in mainstream media. Ozedemir’s request has nothing to do with Putin or Ukraine and everything to do with this obsession of relentlessly guilting the average person into complying with, and pressuring one another into, lowering their own living standards under the pretext of fighting climate change, or Putin, or whatever other cockamamie excuse they think you’ll accept. 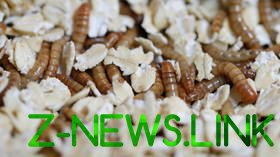 Meanwhile, Bill Gates, Microsoft co-founder, climate change fighter, and relentless vaccine peddler, has become the largest private farmland owner in the United States and is set up to be one of the big beneficiaries of a meatless future. Particularly when considering that Gates has openly supported genetically modified food production, while the Bill and Melinda Gates Foundation has invested millions into the genetically modified food company, Monsanto, according to NBC News. Other Silicon Valley billionaires are also investing in fake food production, including PayPal founder Peter Thiel and Google co-founder Sergey Brin.

This makes one wonder if it’s really about sticking it to Putin and not about the wealthy trying to convince you to advocate against your own best interests.

Not even your sacred pets are safe. A Bloomberg News opinion piece suggested recently that people should cut corners on the health of their companion animals in this period of crisis-provoked inflation. “If you’re one of the many Americans who became a new pet owner during the pandemic, you might want to rethink those costly pet medical needs,” the piece stated.

Another op-ed in France’s Liberation newspaper asks: “How far are we prepared to go in economic sanctions against Russia and what they mean in our daily lives?”

It’s impossible to escape the constant undertone of the need to sacrifice for the greater global good or else be viewed as a selfish prick. And now, you risk even worse branding by the thought police if you don’t fall in line with this new outlook: That of a Putin-enabler.

At this rate, we’ll soon be at the point where if you aren’t living at the same standard as a Ukrainian refugee, then you’re an earth-killing, gas-guzzling, democracy-hating glutton who has no business participating in polite society. If you think that it can’t happen, just ask any of those who were shunned and marginalized without pity, losing their jobs, lifestyle, or freedom of travel amid the Covid crisis when they refused to get vaccinated in order to obtain the coveted digital health pass.

Western elites are exploiting this crisis to accelerate a long articulated agenda that seems destined to lead to collective impoverishment to the benefit of a select few. They point and scream at Russia, advancing their pawns and scapegoats from behind fake virtue. Don’t fall for it.