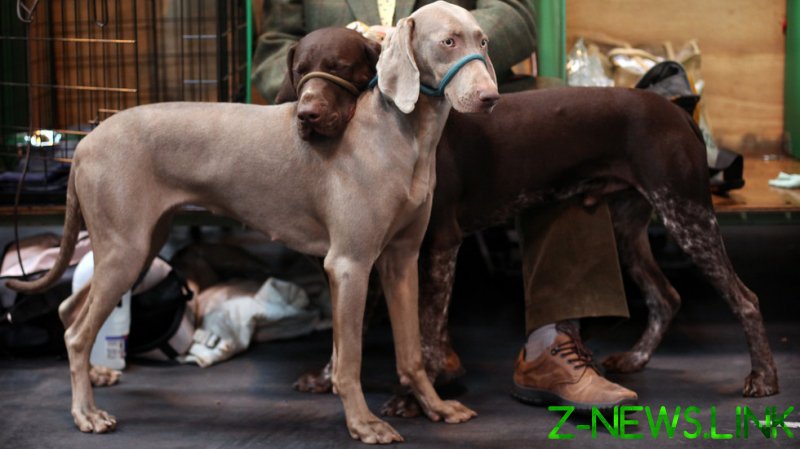 By now, we’re all used to righteous people pitching fits and ganging up, mean-girl style, on those they feel have committed transgressions against the status quo. But amid the conflict in Ukraine, some are actually trying to deplatform the world’s largest country by attacking anyone and anything even remotely associated with it.

Back in 2003,  in the run-up to the Iraq War, when I was working in Washington, DC as the director of a think tank associated with the George W. Bush administration, I recall the moment when “French fries” were suddenly renamed “freedom fries” in the Congressional cafeteria. It was an attempt by the Republicans to stick it to the French, who had opposed the invasion of Iraq.

French products were also subsequently boycotted over Paris’ refusal to support the US invasion, but such measures are almost quaint and sensible compared to the utter hysterical lunacy that’s transpiring today, as Russia and NATO member countries face off over Ukraine.

According to various reports, North American government officials have been demanding the removal of Russian vodka from store shelves. But it turns out that almost none of it imported to the continent is actually made in Russia. The brands – Smirnoff or Stolichnaya, for example – just sound Russian. A bar in the state of Maryland has also renamed the classic Russian Mule cocktail, rebranding it a “Kyiv Mule”. And Magic Mountain ski resort, in Vermont, tweeted a video showing a bar man dumping bottles of Stoli – already bought and paid for, presumably – down the drain, apparently unaware that the brand is actually Latvian, with operations in Ukraine.

Russian author Fyodor Dostoevsky was cancelled by the University of Milano-Bicocca, in Italy, which suspended a course about him before reinstating it after a backlash. But the joke was on them, because Dostoevsky was already cancelled, you could say, having passed away in 1881, so the odds are fairly low that he had any involvement in the current Ukraine conflict.

It’s also improbable that cats or dogs from Russia are responsible for the situation in Ukraine – although, hey, you never know, right? One can never be too sure! So, the fact that the International Feline Federation has banned Russian moggies from competitions, and this year’s Crufts dog show, the world’s biggest annual such event, is reportedly prohibiting the participation of Russian pooches is totally sane and logical. Next up: a ban on migrating Russian birds? 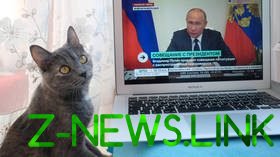 Before Electronic Arts suspended the sales of its games in Russia, it issued a statement announcing it was cancelling all the Russian teams from its virtual soccer games because its “partners” in real life – as in the actual soccer leagues, FIFA and UEFA – were suspending the Russian team, including from World Cup 2022 qualifying matches.

“In line with our partners at FIFA and UEFA, EA Sports has initiated processes to remove the Russian national team and all Russian clubs from EA Sports FIFA products including FIFA 22, FIFA mobile, and FIFA online,” the statement read. “We’re also actively evaluating related changes to other areas of our games.”

The games maker also announced it was removing Russian and Belarusian teams from its ‘NHL 22’ video game, which will surely hit these virtual hockey players right in their big virtual wallets.

The “cancellation” of these players echoes a troubling sentiment expressed on social media by former US ambassador to Russia Michael McFaul. “There are no more ‘innocent’, ‘neutral’ Russians anymore,” the former diplomat wrote in a now-deleted tweet. “Everyone has to make a choice – support or oppose this war.”

Meanwhile, average Russian citizens – no matter what they think about the attack on Ukraine – are being hit by Western sanctions imposed on them by the same people seeking to manipulate them into doing their regime-change dirty work.

And speaking of innocent victims, the International Olympic Committee (IOC) has moved to ban Russian and Belorusian athletes and officials from international sports federations, holding them responsible for political circumstances in which they have played no part. It’s an odd position for an organisation whose president, Thomas Bach, said of the US and Western diplomatic boycott of the Beijing games that the IOC would remain apolitical.

Last year, Bach said that “by not commenting on political issues, you are not taking a side …  This is the mission of the IOC, otherwise we could not manage to accomplish the mission of the games to bring together and unite the world.”  Apparently, those words of principle, just months later, aren’t worth the wind on which they were written. 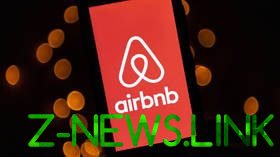 Nor are those espoused by the European Union leadership and its member states about freedom of the press. All EU nations fell into line with the supranational governing entity, in total absence of due process, when it issued a blanket ban on journalism hosted on any Russian state-backed media outlets. In doing so, they deprived their countries’ citizens of the ability to access information and analysis that risks contradicting the highly controlled and oriented EU and member-state official narrative related to this conflict, as relayed by the heavily state-subsidised and consolidated Western press.

And much like the aforementioned Russian athletes or the average Russian citizens of McFaul’s tweet, no journalist – even those of Western origin and residence – is free from having a target painted on their back as a result of their work appearing on a Russian media platform. Many such journalists here in France have reported being branded with this new era’s equivalent of scarlet letters, when Twitter tagged their personal accounts as “state-affiliated media” in the wake of EU authority requests.

“It shall be prohibited for operators to broadcast, or to enable, facilitate or otherwise contribute to broadcast, any content by the legal persons, entities or bodies listed in Annex IX, including through transmission or distribution by any means such as cable, satellite, IP-TV, internet service providers, internet video-sharing platforms or applications, whether new or pre-installed,”  reads the new regulation approved by the Council of the European Union, consisting of ministers of all 27 states, whose citizens or regulating bodies never had a say in the matter.

When all’s said and done, Western cancel culture gone nuclear on Russia – much like other sanctions adopted amid hysterics – has a blast radius liable to cause so much collateral damage that it may end up harming those responsible much more than they now realise. Of course, some may disagree. Just as there are probably still some folks who think, with the hindsight of two decades, that freedom fries adopted in the heat of the moment were a good move in support of that righteous and super-wise war in Iraq.