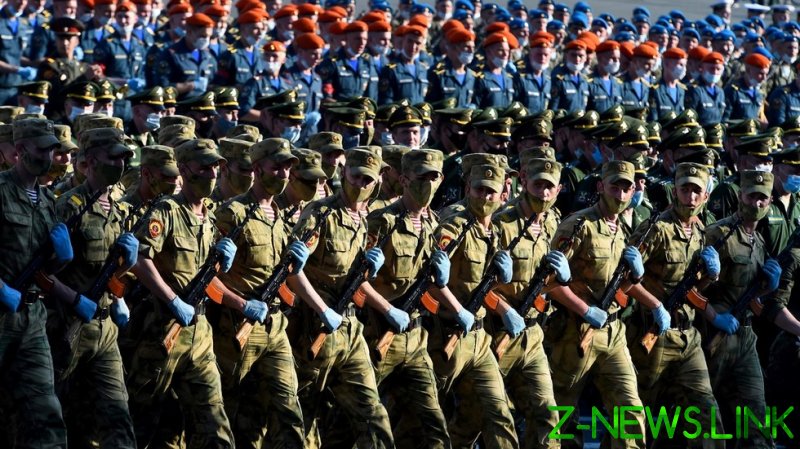 Taking to the floor as part of an expanded meeting at the Ministry of Defense on Tuesday, Sergey Shoigu said that his army “cooperates with the armed forces of 109 countries.”

“This clearly demonstrates the futility of attempts by Western countries to isolate Russia in the international arena,” he remarked.

The senior official highlighted ties between Moscow and Beijing, noting that “this year we conducted the third joint air and the first sea patrols with the People’s Liberation Army of China.” The two nations “will carry on this work,” he added.

Shoigu’s remarks come amid increasing tensions between Moscow and Western leaders in recent weeks over accusations that Russia is planning to invade neighboring Ukraine. Earlier in December, US Under Secretary of State Victoria Nuland said that Washington, along with its European allies, was mulling the possibility of isolating Russia from the global financial system if there is any military incursion.

Moscow has consistently denied allegations that it is planning such an offensive, asserting that any troop movements are an internal matter and of no concern to any other country.

In October, Russian and Chinese navy vessels completed their first joint patrol mission in the Pacific Ocean. The exercise came shortly after the unveiling of a three-way submarine pact between Washington, Britain and Australia, known as ‘AUKUS,’ which was widely interpreted as a move to counter Beijing’s influence in the region.

Speaking after the pact’s announcement, Russian President Vladimir Putin condemned nations teaming up against others. “The creation of some blocs, including the one you mentioned, with the US, UK, and Australia, undoubtedly undermines regional stability because, in my opinion, it is good to be friends with each other – but to be friends against someone is bad,” he said.