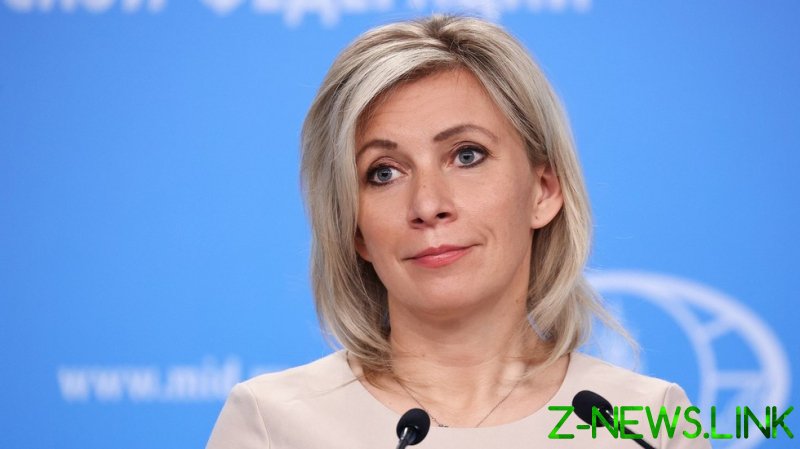 Speaking on Thursday, spokeswoman Maria Zakharova pointed to the deaths of thousands of civilians in the region, saying that Kiev has gone unpunished for the supposed killings, which she says are ignored by the international community, “as if completely invisible.”

The Donbass conflict has been ongoing since 2014 in the east of Ukraine. Self-declared republics in the Donetsk and Lugansk regions currently control large swaths of land and regard themselves as independent of Kiev. While Russia does not recognize these breakaway territories, Ukraine accuses the Kremlin of supporting them.

In September 2014, rebel leaders signed a peace deal with Ukraine, known as the Minsk Protocol. In recent weeks, Kiev has suggested that this agreement should be ignored, removed, or replaced.

“This is clearly due to the intervention of Western handlers,” Zakharova said, adding that Ukraine is being influenced to ignore the Minsk deal. “But this is being done in vain: the scenario of a forceful pacification of the Donbass, and even more so the seizure of Crimea, is unrealizable; it is simply suicidal.”

In recent weeks, with tensions rising over military build-ups on both sides of the Russia-Ukraine frontier, worries have arisen over the conflict potentially becoming more violent. Some press coverage in particular has suggested the possibility that war is around the corner. According to Zakharova, this is a “political campaign” of “information aggression.”

Instead of appealing to Kiev for calm, Zakharova looked to their partners in the West, urging them to keep the situation under control and suggesting that they stop funneling weapons and ammunition into the country.

“We are not counting on the sanity of those in power in Kiev, because they have deceived the hopes of people who believed that they were peaceful,” she said. “We call on Kiev’s so-called allies to stop inciting the Kiev regime to bloody, destructive escapades.”

“Russia is not interested in fomenting civil war in Donbass and will do everything possible to protect its inhabitants and ensure peace in its long-suffering land,” she concluded.

“I have to tell you I have real concerns about Russia’s actions on the borders of Ukraine. There are more Russian forces massed on those borders than at any time since 2014, when Russia first invaded,” Blinken said.