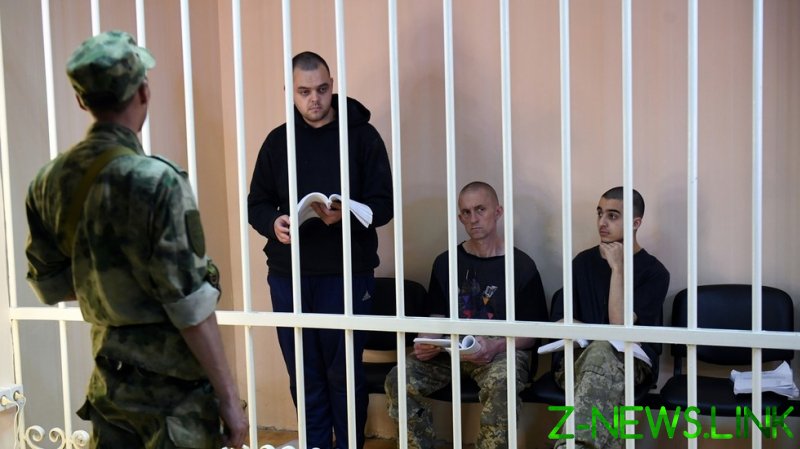 A number of Western politicians have condemned the death sentences handed out to three foreigners – two Britons and a Moroccan – by a Donetsk court on Thursday after they were found guilty of acting as mercenaries and attempting to seize power by force in the Donetsk People’s Republic.

The fighters, British nationals Aiden Aslin and Shaun Pinner, and Moroccan citizen Saadun Ibrahim, were captured by Russian and DPR forces in, or near, Mariupol in April. The men had previously pleaded guilty to “undergoing training for the purpose of carrying out terrorist activities” and attempting to topple the government in Donetsk.

Under the criminal code of the DPR, the forcible seizure of power is punishable by 12 to 20 years in prison or capital punishment during war time. Both Russia and the DPR have insisted that the three men acted as mercenaries and thus the traditional protections of regular combatants under international law do not apply to them.

US Secretary of State Antony Blinken has slammed the verdict as a “sham” judgment, writing on Twitter on Thursday that the White House was “gravely concerned” by the trial of the three men, who he insisted were acting as “lawful combatants serving in Ukraine’s Armed Forces.” Blinken urged “Russia and its proxies” to respect international humanitarian law and the rights of prisoners of war.

The UK government meanwhile has stated that it’s “deeply concerned” over the death sentences given to the two British nationals and it’s continuing to work with Ukraine to secure both men’s release.

A spokesman for Prime Minister Boris Johnson issued a statement insisting that the prisoners of war “shouldn’t be exploited for political purposes” and pointed to the laws of war laid out in the Geneva Convention, which confers “combatant immunity” on prisoners of war and grants them immunity from prosecution for participating in hostilities.

“We will continue to work with Ukrainian authorities to try and secure the release of any British national who was serving in the Ukrainian armed forces and who are being held as prisoners of war,” the statement read.

UK Foreign Secretary Liz Truss also condemned the sentencing and described it as a “sham judgment with absolutely no legitimacy.”

“I utterly condemn the sentencing of Aiden Aslin and Shaun Pinner held by Russian proxies in eastern Ukraine,” Truss said on Twitter, adding that “my thoughts are with the families. We continue to do everything we can to support them.”

UK Foreign Affairs Committee chair Tom Tugendhat also accused Russian President Vladimir Putin of carrying out “a form of hostage taking, a form of revenge.” The MP told BBC Radio 4’s PM program: “It’s not a state, it’s not a court and the judges are merely people dressing up and pretending,” adding that “the reality is this is an absolutely brutal thing to do to three completely innocent people.”

Both the Foreign Office and Downing Street have stated that they would do what they could to secure the two Britons’ release and Liz Truss is expected to discuss the situation with her Ukrainian counterpart Dmitry Kuleba on Friday. 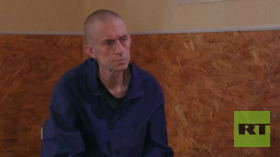 Amnesty International has also weighed in on the verdict. The deputy director for Eastern Europe and Central Asia, Denis Krivosheyev, called it a “blatant violation of international humanitarian law on so many counts.”

The United Nations has also expressed “concern” and called “for compliance with the norms of international law and the Geneva Convention in relation to all prisoners in Ukraine.”

Meanwhile, Russian Foreign Minister Sergey Lavrov insisted on Friday that the verdict was carried out in accordance with DPR laws and related to crimes that were committed on its territory. He added that “everything else is just speculation” and that he would refrain from interfering in the internal workings of the DPR’s justice system.

The convicted men now have an opportunity to appeal the decision in court, which they plan to do, or request a pardon from the head of the DPR. If they win the appeal, the capital punishment could be reduced to up to 25 years in prison. According to DPR laws, death sentences are carried out by firing squad.