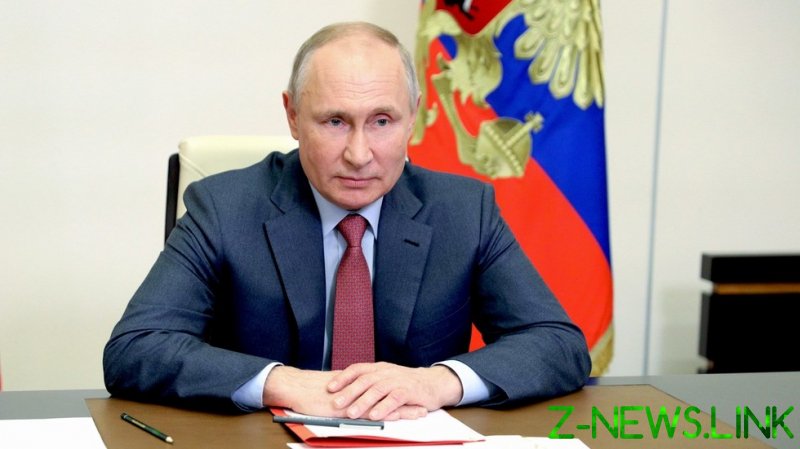 Speaking on Friday, Putin also claimed that Ukraine’s crackdown on opposition politicians means that a peaceful resolution to the unrest in Donbass is becoming increasingly unlikely.

Putin also claimed that Ukraine is cleansing its politics of anyone who isn’t openly anti-Russia, and accused the West of completely turning a blind eye to the changes.

“The decisions are clearly political and selective, aimed only at one thing – to clean the political field of those forces that advocate a peaceful resolution to the crisis in southeastern Ukraine, in Donbass, and that support good neighborly relations with Russia,” Putin said, noting that opposition politician Viktor Medvedchuk, the leader of the Opposition Platform – For Life party, was recently arrested.

“It seems that now everyone who works with Russia will be brought to justice,” he continued.

On Thursday, Medvedchuk was placed under 24-hour house arrest until July 9. He is suspected of treason, and is said to have passed confidential information to Russia. After the court decision, former Russian President Dmitry Medvedev branded the decision ‘a witch hunt.’ His ally, politician Taras Kozak, is also accused.

Medvedchuk has a personal connection to Putin, and, on Friday, Kremlin spokesman Dmitry Peskov noted that he had met the Ukrainian politician many times.

“We don’t intend to interfere in any way, but we want to be sure that it is not about a political witch-hunt or a purge aimed at getting rid of competing forces from the political field,” Peskov said.