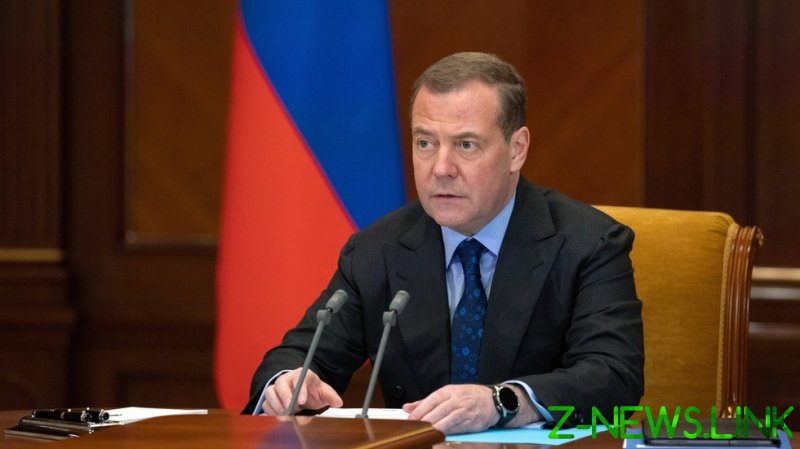 The collective West is growing tired of Ukrainian President Vladimir Zelensky and is “pushing” Kiev into talks with Moscow, former Russian President Dmitry Medvedev said in a Telegram post on Saturday. He added that the US and NATO don’t want to risk a new world war.

The reaction to the missile strike that hit the Polish village of Przewodow on Tuesday, killing two civilians, has revealed a new “symptom” in this trend, with even “the most ardent Russophobes” in Warsaw refusing to blame the incident on Moscow, the ex-president commented.

On Friday, Warsaw said the strike was an “unfortunate accident” that was “practically impossible” to prevent. Kiev has repeatedly tried to blame the strike on Moscow. The Russian military, meanwhile, said it did not carry out any launches near the Ukrainian-Polish border at the time, while analysis of photos from the site showed that the projectile was an S-300 anti-aircraft missile operated by Ukraine’s military.

“Everyone is tired of the Kiev regime. Especially of the neurotic Zelensky, who is constantly whipping up tensions, whining, sniveling and extorting more and more money and weapons handouts. [He] acts like a hysterical child with developmental problems,” Medvedev stated.

Fatigue with Kiev and its actions is prompting the collective West to “push” Ukraine into talks with Russia, the deputy head of the nation’s Security Council continued.

“The US, NATO and the European Union do not want a complete rupture with Russia, risking a third world [war]. Hence, the frequent attempts to rein in Kiev and bring it to its senses, to push it to negotiate,” Medvedev wrote.

By refusing to talk with Russia, Zelensky is actually pursuing much more mundane and selfish goals, Medvedev suggested. He added that “if [Zelensky] does not accept the reality of Ukraine’s collapse, it is pointless to sit down at the [negotiating] table. And if [he] does accept it – he will be taken out by his own nationalists, who are intertwined with the army top brass.”

The former president’s comments came as several leading politicians in the West, including French President Emmanuel Macron, have repeatedly called for direct talks between Kiev and Moscow. Recent reports have also indicated that Washington has been privately pushing Ukraine to drop its uncompromising rejection of the peace process with Russia. Last week, the chairman of the US Joint Chiefs of Staff, General Mark Milley, suggested that a Ukrainian military victory might be unachievable and that winter could provide an opportunity to begin talks with Moscow.