Home / WORLD / ‘West has done what it’s done’: UK defence secretary breaks down as he explains some people ‘won’t get back’ from Afghanistan

‘West has done what it’s done’: UK defence secretary breaks down as he explains some people ‘won’t get back’ from Afghanistan 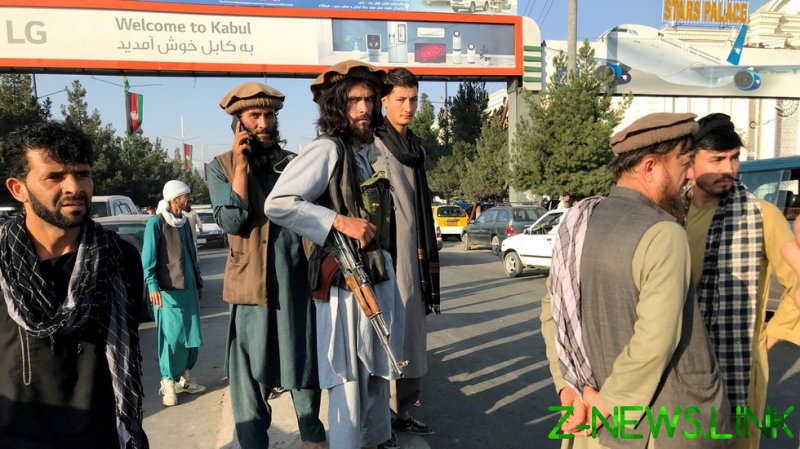 Wallace spoke to LBC on Monday to describe the ongoing effort to fly out holders of British passports and allied Afghan citizens from Kabul International Airport. The Afghan capital was seized on Sunday by Taliban fighters, but the airport remained under control of US forces guarding it for the evacuation effort.

Lead elements of the British Army’s 16 Air Assault Brigade are on the ground working with the Americans to ensure that as many people that London wants to bring out of Afghanistan can do so as possible.

Wallace said the British military hopes to get everyone with “a ticket to ride” out of the country by August 31.

“We are only now in Afghanistan and have been for the last two weeks to process those people,” the secretary stressed. He went on to express his regrets that not every Afghan who earned a right to be evacuated by working with the British government over the years will get a chance to flee with Britain’s help.

“They’ve risked their lives in the last 20 years and at the very least our obligation has to be [to get] as many of these people through the pipeline as possible,” he said, visibly breaking down. He said: “Some people won’t get back, and we have to do our best in third countries to process those people.”

Host Nick Ferrari asked why he took the situation so personally. Wallace started responding because he was a soldier, but cut himself short and said because it was sad.

In a separate interview with Sky News on Monday, Wallace virtually acknowledged that the Taliban has won the war for Afghanistan. The militant movement’s swift takeover of the country and particularly its capital came as a surprise to Western nations, which expected to have more time to wrap up their business after the US decided to pull out its forces.