Home / WORLD / ‘We’re in competition with China’: Biden orders that US boost new electric car sales to 50% by 2030

‘We’re in competition with China’: Biden orders that US boost new electric car sales to 50% by 2030 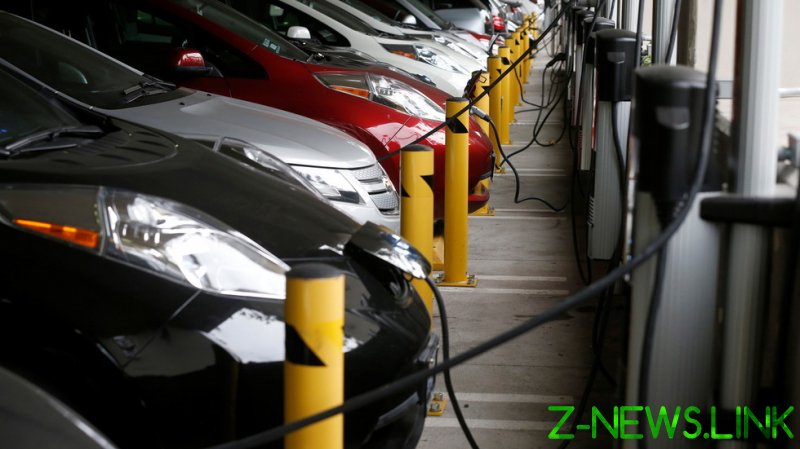 “The question is whether we’ll lead or fall behind in a race for the future,” Biden said on Thursday before signing the order. “It’s whether we’ll build these vehicles and the batteries that got them to where they are here in the United States.”

Biden noted that China is now leading the electric vehicle (EV) battery industry, boasting 80% of global manufacturing capacity for the power packs, even though much of the technology involved was developed in the US. “There’s no reason why we can’t reclaim that leadership and lead again,” he said. “We just have to move, and we have to move fast.”

The 50% target is a far cry from the 1.8% market share that EVs held in the US auto market last year, but sales in the segment are accelerating. US EV volumes more than tripled from a year earlier in the April-June quarter to 118,000 units, accounting for 2.7% of the overall market.

China already accounts for more than 40% of the global EV market, with 1.29 million units or roughly 6% of all new cars sold in the country in 2020. The International Energy Agency sees China’s EV sales rising to a world-leading 9.61 million units in 2030.

Biden’s order is nonbinding and will necessitate major government investments in charging stations, but he said it will “set into motion an all-out effort” to close the gap with nations that are further along in converting their vehicle fleets and creating EV-related jobs. The $1.2 billion infrastructure bill pending in Congress includes funding for 500,000 charging stations and subsidies for new battery and EV plants.

“The rest of the world is moving ahead,” Biden said. “We’ve just got to step up – government, industry, labor working together.”

US carmakers are apparently on board with the shift to EVs. General Motors, the nation’s biggest automaker, announced plans earlier this year to end sales of gasoline- and diesel-fueled vehicles by 2035 as part of its goal of becoming carbon neutral by 2040.

However, EVs have some environmental drawbacks, such as generating more carbon emissions than conventional cars in the manufacturing process, according to a Massachusetts Institute of Technology study. They also rely on electricity, much of which comes from coal- or natural-gas-fired power plants. However, the study claimed that over time EVs have a smaller overall carbon footprint than cars with internal combustion engines, and the gains will increase as more power is generated by renewable energy sources in the decades ahead.

Biden said EVs are the “future” of the auto industry, and “there’s no turning back.” Catching up with China and other leaders in the EV segment is imperative, headed.

“We’re in competition with China and many other countries for the 21st century,” Biden said. “To win, we’re going to have to make sure the future will be made in America.”