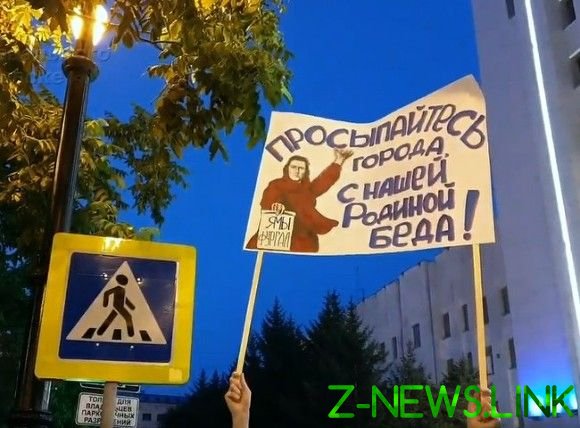 Day 23 in a row at the government building in Khabarovsk are going to be protesters in support of arrested ex-Governor Sergey Furgala. As the portal dvnovosti.ru in the city of rain, lightning, but this did not stop the activists who came to Express their civic position.

“We desired to place the family visits. We’re hurting, it hurts for the person, I cry sometimes. What is the family,” said one of the participants of the rally.

Information about the March yet, but people continue to gather.

Yesterday a mass March and rally also took place in the rain. The townspeople came out, despite the bad weather conditions.

Furgal was arrested July 9 on suspicion of attempted murder and murder of a number of entrepreneurs in 2004-2005 in the territory of the Khabarovsk territory and Amur region. He was taken to Moscow, where he was charged and detained. Furgal was headed by Khabarovsk Krai from September 2018, he is a member of the liberal democratic party.