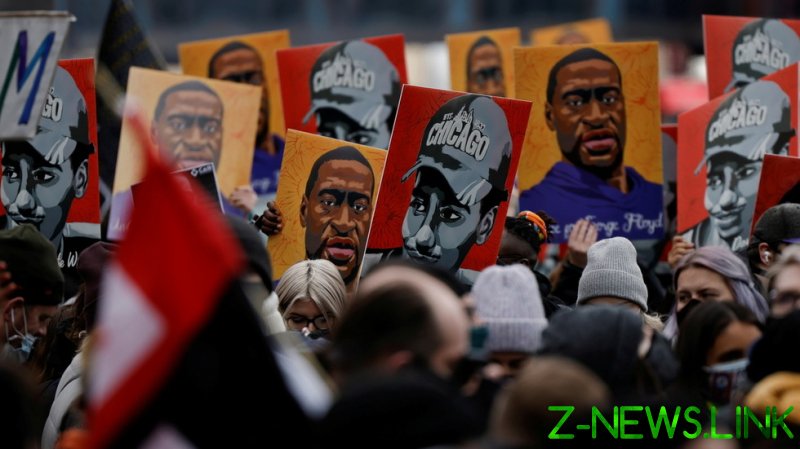 On Tuesday afternoon, right after the Minneapolis jury found Chauvin guilty of killing the African-American man during an attempt to take him into custody last May, Biden and Harris called the Floyd family to express his support.

Calling the family “incredible,” Biden said that he wished he was present at the courtroom and commended the verdict, saying that “at least now there’s some justice.”

“We’re all so relieved. I’m anxious to see you guys,” he said.

Speaking about the jury decision’s meaning for the broader issue of racial justice in the US, Biden argued that it was only the beginning, pledging to “get a lot more done” to tackle the policing problem. The president also invited the Floyd family members to the White House.

“We’re going to put you on Air Force One and get you here.”

Harris, who was on the same call, echoed Biden’s remarks, hailing their “leadership” and vowing to preserve Floyd’s memory.

“In George’s name and memory, we’re going to make sure his legacy is intact,” she said.

Other senior Democratic leaders, who had openly rallied for the guilty verdict before the jury was sequestered, celebrated the news as well.

House Speaker Nancy Pelosi argued that Floyd’s killing served a higher good, saying that his name “will always be synonymous for [sic] justice.”

Minneapolis Mayor Jacob Frey struck a similar tone, suggesting that Floyd’s life “will have have bettered our city.”

The jury found Chauvin guilty of all charges, including second-degree unintentional murder, third-degree murder and second-degree manslaughter. Floyd died after Chauvin allegedly kept his knee on his neck for several minutes in the botched arrest attempt.

Chauvin’s attorney argued that the former officer applied reasonable force, considering the lack of cooperation from Floyd and his size. The defence also argued that Floyd’s use of fentanyl and a possible carbon monoxide poisoning from the police’s car exhaust pipe contributed to his death. The prosecutors, with whom the jury ultimately sided, insisted that these should not factor in, and that Floyd died of the lack of oxygen caused solely by Chauvin’s restraint, which continued even after Floyd said he couldn’t breathe.

Floyd’s death sparked a wave of mass protests against police brutality that quickly spread across the US and frequently descended into rioting and looting.