Home / WORLD / ‘We’ll have to go back to Afghanistan’ to get ISIS & Al-Qaeda, Obama’s security chief Panetta says after US deaths in Kabul

‘We’ll have to go back to Afghanistan’ to get ISIS & Al-Qaeda, Obama’s security chief Panetta says after US deaths in Kabul 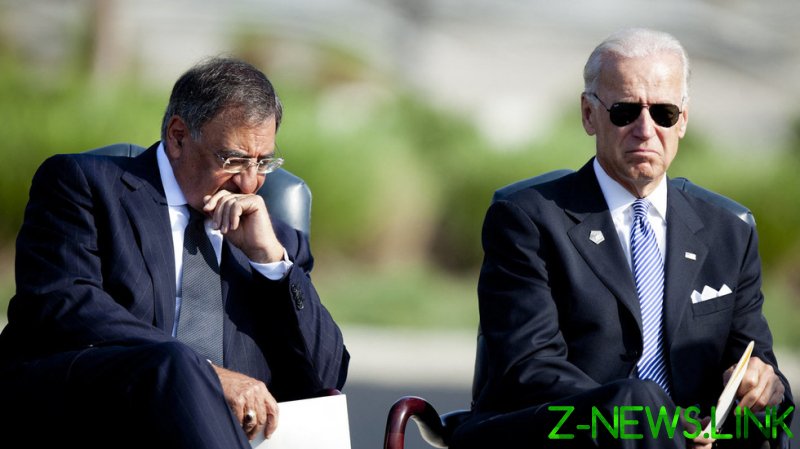 Panetta, who headed the CIA between 2009 and 2011 before moving to replace Robert Gates at the helm of the Pentagon, went on CNN to predict a forever war on terrorism in America’s forceable future, including in Afghanistan.

“I understand that we’re trying to get our troops out of there. But the bottom line is we can leave a battlefield, but we can’t leave the war on terrorrism, which still is a threat to our security,” he told the OutFront program.

The Obama-era official was commenting on President Joe Biden’s promise to go after the Afghan branch of terrorist group Islamic State (IS, formerly ISIS), which claimed credit for the Thursday bomb attacks in Kabul. The bombings claimed dozens of lives, including 13 US soldiers. Panetta said Biden was right to promise to retaliate against the people who orchestrated the bombings, and that pledge may require him to act against his withdrawal plan.

The sentiment is shared by a long list of former US national security officials, who served under both Democratic and Republican administrations. The criticisms of Biden’s Afghan policy became overwhelming in the US media after the unexpectedly swift takeover of Kabul by the Taliban fighters.

Panetta and other anti-withdrawal pundits happen to share not only that same attitude but also another trait – involvement with the private sector servicing the US military-industrial complex.

In 2014, the former security official joined the defense consulting firm Beacon Global Strategies. The next year he joined the board of software giant Oracle, whose ties with the Pentagon were highlighted recently by the company’s legal fight for a $10bn contract that the DoD gave to competitor Microsoft.

As he predicted that the US would have to “go back in” to Afghanistan, Panetta remained vague about what exactly he envisioned. The Taliban showed no intention to tolerate Western soldiers on Afghan soil after the August 31 evacuation deadline, which the Biden administration wants to keep.

It’s safe to assume that Panetta’s preferred approach would be timid compared to what another media personality suggested in response to the attack in Kabul. The reaction of conservative show host Todd Starnes was arguably an advocacy of war crimes, as he proposed that “a city in Afghanistan should be wiped off the face of the Earth” for every American killed.