Home / WORLD / ‘We’ll burn your store down too’: Kenosha rioters show no remorse when confronted over razing local businesses (VIDEO)

‘We’ll burn your store down too’: Kenosha rioters show no remorse when confronted over razing local businesses (VIDEO) 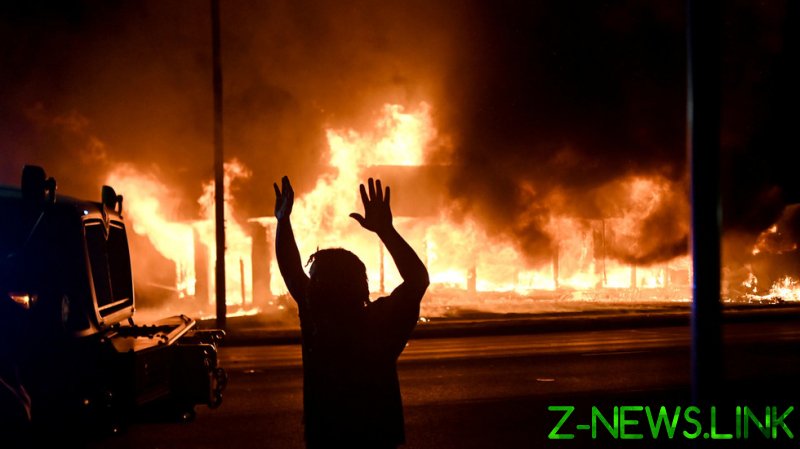 Police deployed non-lethal munitions to disperse the crowds of protesters and looters late on Monday and into the early hours of Tuesday, in the second consecutive night of rioting since the police shooting of 29-year-old Jacob Blake during an incident on Sunday.

Rioters have brandished guns in the open for the second night in a row, but it wasn’t only the rioters and police that took to the streets heavily armed: several citizens decided to make a stand and defend local businesses from looters, footage shared on social purports to show.

Demonstrators ignored a citywide curfew and at one point faced down police armored personnel carriers and tear gas, while enacting an apparent scorched Earth policy of torching local businesses indiscriminately, much to the dismay of legitimate protesters and local residents.

One resident, having apparently had enough, patrolled the streets in his pick up truck, engaging with the rioters and pleading for them to take their issues out on the police but spare local businesses.

“Just because you people are too scared to go deal with the cops… take your issues up with them…” the man can be heard pleading.

His efforts were seemingly in vain, however, as one of the alleged “protesters” called out the name of the do-gooder’s business, written on the side of his truck, and gleefully proclaimed, “We’ll burn your store down too!”

Kenosha is the latest flashpoint of racially charged, anti-police violence to sweep the US, with tensions having already erupted in many cities, including Seattle and Portland, following the death of George Floyd at the hands of police in May.