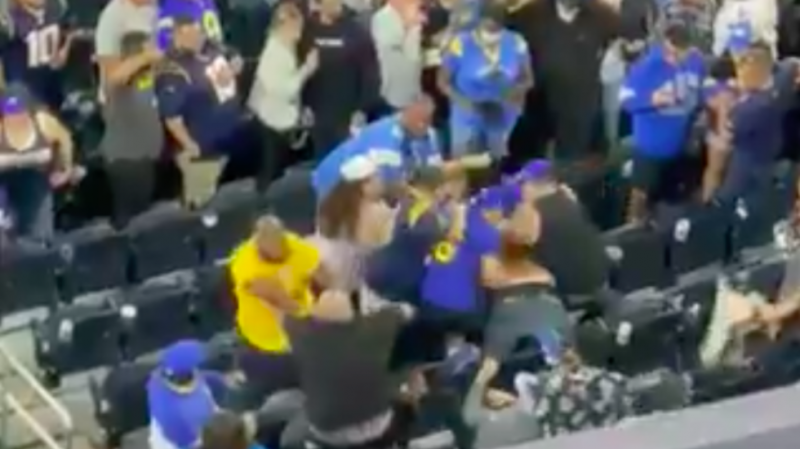 The two Los Angeles teams looked to lay down a marker ahead of the upcoming NFL season when they clashed at SoFi Stadium in Inglewood – but the biggest hits weren’t purely reserved for the field after footage was captured of a mass brawl in the stands.

Last season’s NFL campaign took place, for the most part at least, with the absence of fans due to restrictions in place due to the Covid-19 pandemic.

Much of those restrictions have since been rolled back as the league looks to implement a degree of normalcy once again, but a side effect of this was evident during the game when some sections of the fans let their fists fly.

Footage of the brawl appears to show at least one of the fans having been bloodied in the fight – with the fracas going on for a good 45 seconds before it petered out.

Security eventually intervened and ejected at least one of the offending football fans.

And judging by the reaction on Twitter, many fans weren’t impressed by what they saw.

“Being locked up in the house for a year because of Covid and you’re finally out around other people,” wrote one football fan in response to the footage.

“I wonder how many children watched this happen. People are ridiculous, it’s just a game,” added another.

“That one lady almost lost her shirt. This is pathetic, finally allowed games and people ruin it,” said a third.

And as for the game itself, it was the Chargers who left with bragging rights as they overcame their city rivals by a score of 13-6.