Home / WORLD / ‘Weeping’ over ‘brave corporations’ like Amazon, Google & Apple? You might have Stockholm Syndrome… or just work for Buzzfeed 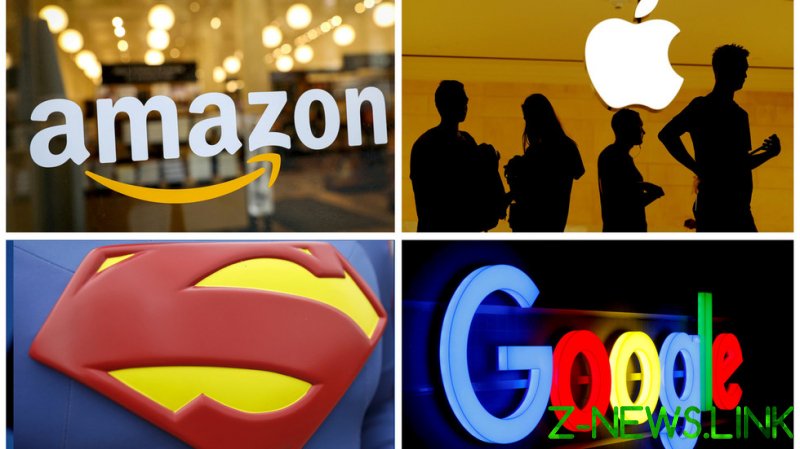 In what appears to be a sincere paean to corporate censorship, Notopoulos took to Buzzfeed on Monday to gush over the three tech companies who banded together to deplatform Twitter competitor Parler earlier this month. Google and Apple kicked it off their respective app stores, while Amazon withdrew its hosting service, pulling the rug out from hundreds of thousands of users who’d flocked to the pro-free-speech platform after being banned from Twitter and Facebook.

All three companies justified their unprecedented actions by blaming Parler for Trump supporters’ January 6 raid on the Capitol. Apple – seemingly concerned with the message it was sending by booting Parler in the absence of any real rule violation not also committed by Twitter and Facebook – made a big show of giving the company 24 hours to devise a policy for controlling “objectionable content,” while Amazon dug up “extensive violent threats” it felt Parler should have removed. But Facebook and Twitter are already on the defensive, as hate-speech-hunters point out they’re guilty of Parler’s “crimes,” and the platform is seeking legal recourse against Amazon.

That’s not how it happened in Notopoulos’ epic re-telling of the Parler saga, which she handily stripped of its shades of gray. She likened Amazon, Apple and Google wielding their “seldom-used banhammers” against the evils of free expression to the murder-mystery cliche in which the “ace FBI agent” arrives at the scene, dismissing the bumbling local cops with a smooth “we’ll take it from here.”

In this version, Facebook, Twitter, and YouTube are the bumblers, incapable of removing “hate groups, disinformation, and the QAnon mass delusion” from their platforms, allowing these great evils to “fester and metastasize into our politics and culture.” Social media fiddle – endlessly rewriting rules, partnering with fact-checkers and malignant think tanks, beefing up censorship algorithms – while Rome burns. Never mind that Google, one of her heroes, owns YouTube, one of her villains. This is fan-fiction, not real life, and requires decisive action from the platforms: