Weekdays of Israel :Eilat killed the organizer of the gang rape 17-year-old 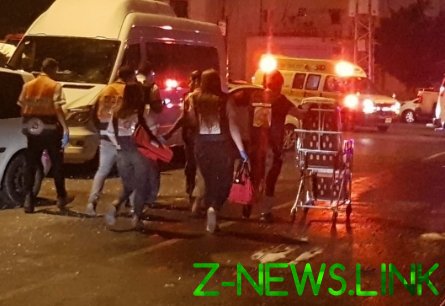 The newspaper Maariv reported that as a result of fighting in Eilat, killed the main suspect in the case of brutal gang rape in Herzliya two years ago.

In the case, which became known in may 2017, the main suspect in the gang rape of a 17-year-old girl in Herzliya argued that we are talking about consensual sex, the girl got pleasure and he does not understand why he is being persecuted.

The suspect was released from pre-trial detention under house arrest.

The suspect, in an interview with the second channel of the Israeli TV even stated that the girl expressed a desire to meet with the group again and repeat her favorite experience.

The suspect said: “Everything was optional, it was consensual. I said that I want confrontation, I want a lie detector, all that is possible – just to know – I speak the truth, we did nothing. I met her when I walked my dog. She said she was 18 and soon she’ll go to the army. She asked me: want to come up? I said Yes and we spent the night together and decided to meet later.”

The next time she came to the suspect at the time when he had friends and said, “I do not mind that your friends joined you.”

According to the testimony of the girl, the three friends put on her handcuffs and blindfold, and then brutally raped. The suspect insists that everything was done only with her consent.

All four people arrested on suspicion of gang rape, was released by order of the court under house arrest.

It was the young man who knew the girl and led her into the apartment, was killed in a fight with a resident of Shuafat in Eilat last Wednesday, April 24, writes Maariv.

Two weeks ago, the Prosecutor’s office decided to re-investigate the case and the organization of a confrontation between the victim and the three suspects. Since rape main suspect managed to serve a sentence in another case for drug trafficking.

The newspaper also reports that the rape victim “feels significant relief” because the victim is the only one of the rapists, whom she knew personally. It also “shocked” by the fact that the murder occurred exactly two years on the Jewish calendar after the date rape.