Home / sports / Week in the NBA: “Boston” and “Houston” in the lead in the conference

Week in the NBA: “Boston” and “Houston” in the lead in the conference 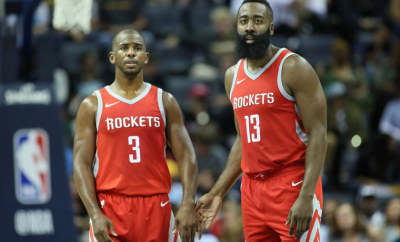 Summing up another week of the regular season in the National basketball Association.

In the West the first mark of 15 victories reached Houston and Golden state – these two teams are the leaders in the rating of effectiveness, and gaining 113,5 117,4 points per game, respectively. Characteristically, the rockets winning balance made with little input from Chris Paul and the Warriors in almost every game you play without at least one representative of his star Quartet.

The positive balance of wins/losses are only seven teams in the conference. This list unexpectedly no “Oklahoma”, “clippers” and “Memphis,” but are “Portland” and “new Orleans”.

“Boston” in a match with “Miami” was not able to extend one of the record winning streak in the club’s history, but from the track this defeat the team of brad Stevens is not embossed. Figure the Celtics 17-3 is the best in the NBA as of end of October.

“Cleveland” by a series of six victories in a row broke into the top 3. Impressive at the start of the season, Detroit and Philadelphia, but Milwaukee and Orlando after a promising start out of the zone playoffs.

The top 5 most productive players of the season: