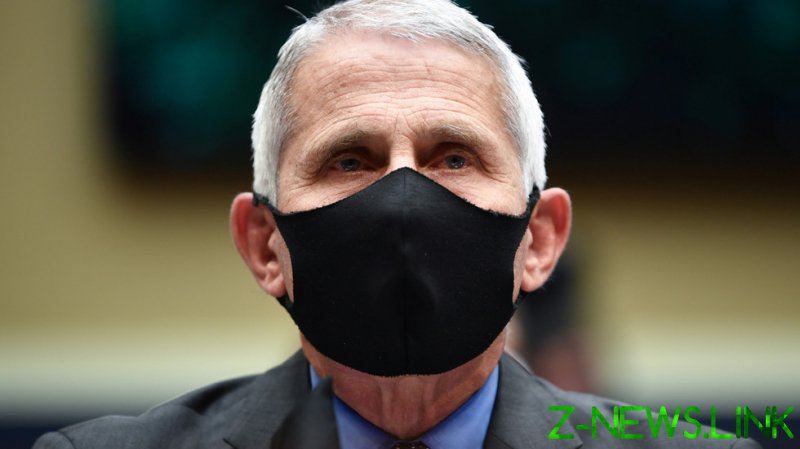 Out of every phrase written or uttered over the last twelve months, Yale Law School librarian Fred Shapiro chose Anthony Fauci’s finger-wagging “Wear a mask” as the top quote of 2020, as if to administer one last slap in the face to free will and rational thought. It is a very sick society indeed that celebrates knee-jerk obedience to an ever-shifting narrative and praises fear as the highest form of human emotion.

Fauci’s quote and nine others are set to be included in the Yale Book of Quotations, a compendium of memorable epigrams, witticisms, slogans, and other short lines. Shapiro has previously explained he selects quotes that are “famous or revealing of the spirit of the times” rather than “eloquent or admirable”. But putting a banal, borderline-meaningless diktat like “wear a mask” next to famous lines like PT Barnum’s “There’s a sucker born every minute” and Frederick Douglass’ “Power concedes nothing without a demand. It never did and it never will” comes off like a bad joke.

After all, it’s not just the Coronavirus Commissar’s banality rounding out the top 10. Most of the other quotes selected for 2020 represent vapid political sniping so forgettable the average reader will scarcely be able to recall when they were said – let alone by whom – come the end of the year. White House press secretary Kayleigh McEnany’s throwaway pledge during her first press briefing back in May (“I will never lie to you. You have my word on that”) somehow made number five, while Democratic presidential candidate Joe Biden’s bizarre “If you have a problem figuring out whether you’re for me or Trump, then you ain’t black” outburst on Charlamagne tha God’s radio show clocked in at number seven.

The closest thing to a meaningful statement among the top ten was “I can’t breathe,” the last words of police brutality victim George Floyd that have become a rallying cry for the Black Lives Matter movement. But even that phrase has been cheapened into a slogan to be sold as a souvenir of corporate-friendly ’resistance’ and shouted during ritualistic protests which authority tolerates as a release valve for popular frustration.

Heralding petty political divisions and cultlike appeals to obedience as “quotes of the year” suggests the American body politic is so hopelessly lost that any rule handed down with a patina of authority is immediately followed. After all, Fauci initially advised Americans _against_ wearing masks, making the selection of his reversal as the year’s top quote all the more baffling. The health official told 60 Minutes back in March that “there’s no reason to be walking around with a mask,” explaining that “when you’re in the middle of an outbreak, wearing a mask might make people ‘feel’ a little bit better…but it’s not providing the perfect protection that people think that it is.”

Guidance on masks has shifted repeatedly since then, with each new iteration held up as the absolute truth to which all must bow or risk ostracism (or at least a hefty fine). The World Health Organization, which initially acknowledged universal masking for healthy people was overkill, declared last week that everyone should wear masks inside . Some local health authorities are even calling for masks to be worn at home – even as the science concerning masks remains inconclusive at best  and flaws emerge in the ‘gold standard’ Covid-19 test itself.

The media establishment has been treating humans like foie gras ducks since the start of the pandemic, taking advantage of the captive audience served up by lockdown to force-feed gallons of fear-porn down their throats. We’re told again and again that it’s a terrifying world out there and only stern, finger-wagging authority figures can save us – thinking too hard merely transmits the virus. It’s no wonder so many are wallowing in throwaway lines from insult comics masquerading as politicians, or melting at the sound of Fauci or Microsoft billionaire Bill Gates threatening a long, dark winter if we don’t sit down, shut up, and mask up.

But if the best we as a society can come up with for a year-defining quote is “wear a mask,” we might as well throw in the towel on any pretense of having free will or independent thought. Humanity is better than this, and no amount of dull-witted gaslighting will convince the truly free to love their chains.