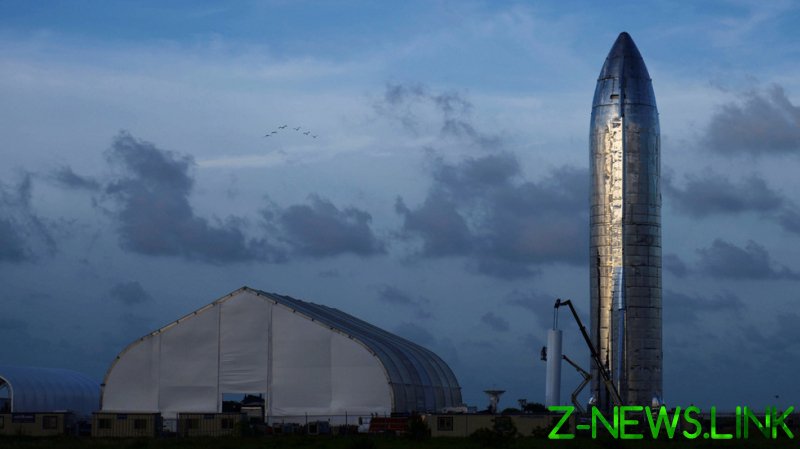 A year ago SpaceX President and Chief Operating Officer Gwynne Shotwell mused about how the Pentagon could use its future heavy launch system Starship. Not to land space marines on Mars, but for the speedy point-to-point delivery of cargo on Earth. The pitch apparently fell on fertile ground, since the US Transport Command (TRANSCOM) has signed an agreement with SpaceX to explore this very possibility.

What the DoD envisions is “moving the equivalent of a C-17 payload anywhere on the globe in less than an hour,” according to Gen. Stephen Lyons, TRANSCOM commander. A C-17 Globemaster III can move up to 77.5 tons, which is enough to fit an M1 Abrams tank.

The key technologies for orbital cargo flights have been around for quite some time. But the cost of such a service compared to regular transport aviation is prohibitively high even for an organization awash with taxpayer dollars like the Pentagon. For decades the only cargo that required such a mode of transportation was a nuclear warhead.

SpaceX credits itself for developing a reusable first-stage rocket, which cuts launch costs. Gen. Lyons said he “had no sense for how fast SpaceX was moving” in the area but was convinced of the feasibility of orbital transportation after an update.

The result is two agreements signed with SpaceX and a company called Exploration Architecture Corporation (XArc) to study the concept. Signed in March and in April respectively, they were first made public by Gen. Lyons at a virtual conference of the National Defense Transportation Association on Wednesday, receiving little immediate coverage from the media.

The accords are cooperative research and development agreements, or CRADA, which means SpaceX and XArc are not paid for their work. Rather they volunteer their expertise, hoping for future contracts. A “proof of principle” test may come as soon as next year, Gen. Lyons said.

Orbital military cargo drops, if introduced, would remain a niche service employed for time-sensitive emergencies, or for locations where US transport aviation has no access, it is understood. Washington would also probably need to work with countries like Russia and China on a warning mechanism, which would prevent them from mistaking such deliveries for nuclear launches.