Home / WORLD / ‘We will not be SILENCED!’ Trump tweets from official @POTUS account after ban, posts scrubbed within minutes

‘We will not be SILENCED!’ Trump tweets from official @POTUS account after ban, posts scrubbed within minutes 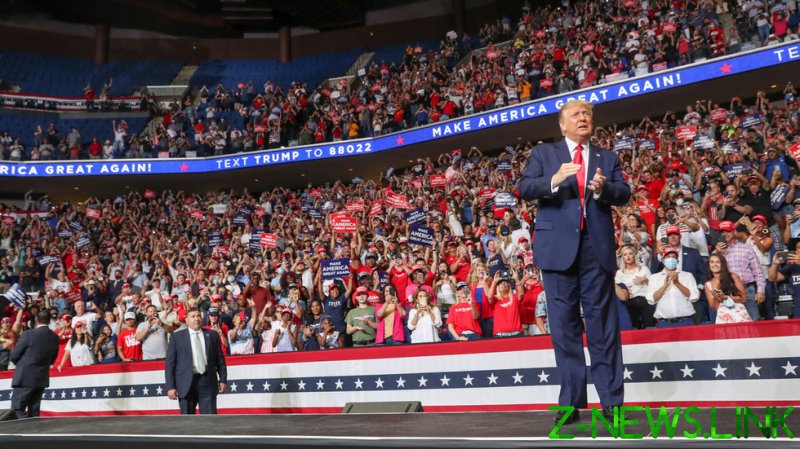 The president took to his government Twitter account on Friday, hours after the platform permanently banned his own personal handle @realDonaldTrump, blasting the social media site for curtailing free speech while promoting “Radical Left” ideology.

“As I have been saying for a long time, Twitter has gone further and further in banning free speech, and tonight, Twitter employees have coordinated with the Democrats and the Radical Left in removing my account from their platform, to silence me – and YOU, the 75,000,000 great patriots who voted for me,” Trump said in the first in a series of tweets, which were documented by netizens before they were banned some three minutes after going live.

A copy of the same statement was also sent to the White House press pool moments after Trump’s short-lived thread went out on Twitter.

Telling his followers to “stay tuned,” Trump also hinted that he would soon unveil a “big announcement,” adding that his team is negotiating with “various other sites” to move to, and that he was even considering “building out our own platform in the near future.”

While he did not specify what other sites he had in mind, the remark came after Fox News’ Sean Hannity suggested Trump had created an account on conservative-friendly platform Parler – which itself was slapped with a ban on Google’s Play Store on Friday over its lax content-policing.

Earlier on Friday, the president was given the boot for good from Twitter, with the company citing a “risk of further incitement of violence” after a bout of unrest in the nation’s capital this week saw thousands of Trump supporters storm the halls of Congress as lawmakers attempted to certify President-elect Joe Biden’s election win. A series of other platforms have taken similar actions, among them Facebook, Instagram and Snapchat.