We were the ones to warn NATO about potential terrorist plot targeting Kabul airport, Taliban spokesman tells Russian media 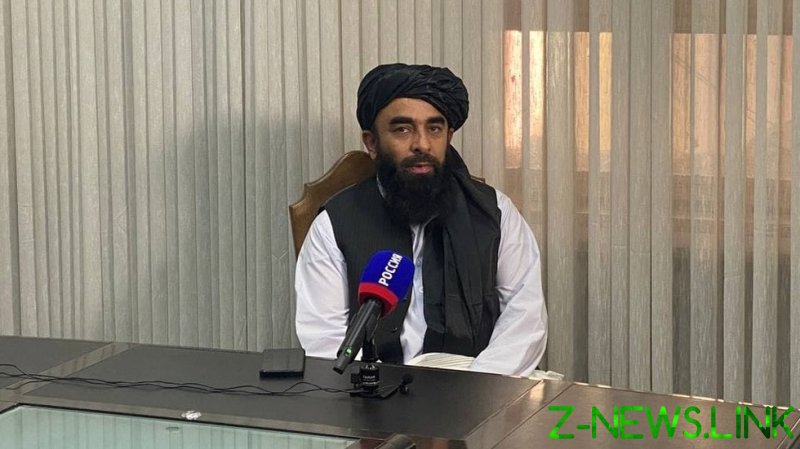 Zabihullah Mujahid, who holds the office of Information Minister in the Taliban-installed government in Afghanistan, told the Russian media that his organization was the source of the information. The threat was not specific, he said in an interview, but the plan was to provoke chaos and violence at the airport and hurt the Taliban’s reputation.

“Over the last 20 years we have learned things and changed,” the official said in the interview. “We want to prove that we are not what anti-Taliban propaganda has portrayed us to be. We want to show that to the world.”

The Taliban seized control of Kabul earlier this month, triggering a collapse of the NATO-backed government and prompting a hectic evacuation of tens of thousands of people through the Kabul airport. The US and its allies were given time until the end of August to fully pull out from Afghanistan.

RT has a crew on the ground in Kabul, covering the dramatic events unfolding in the Afghan capital amid the transition of power. On Wednesday, RT International correspondent Murad Gazdiev and the RT Arabic team witnessed and filmed Taliban gunmen firing warning shots in an effort to ward off Afghans desperate to flee.