Home / WORLD / ‘We were fighting & in danger. To now say that’s a war crime makes me really angry’ – is Aussie SAS killer a hero or a villain?

‘We were fighting & in danger. To now say that’s a war crime makes me really angry’ – is Aussie SAS killer a hero or a villain? 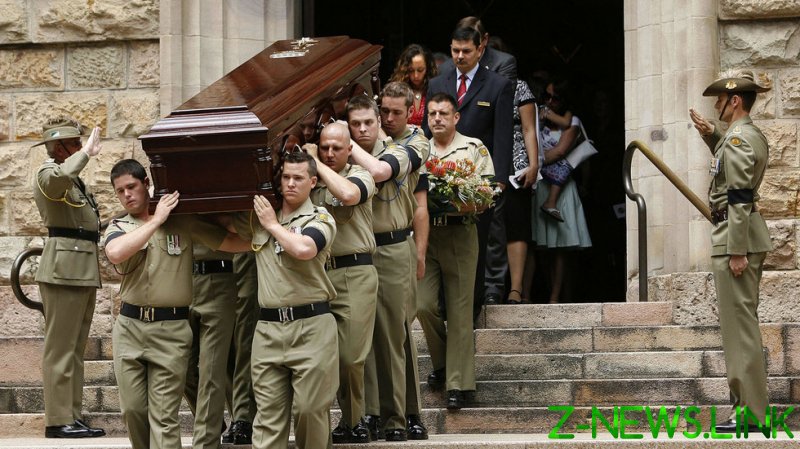 The defamation case involving Australia’s most decorated living war hero presents a curious spectacle – a celebrated SAS soldier breaking down in tears as he defends himself and the reputation of the country’s armed forces against a concerted attack by a woke media organisation, aided and abetted by a platoon of his former fellow soldiers.

In his opening statement to what local media in Sydney have dubbed the trial of the century, the counsel for the newspaper defendants, Nicholas Owens SC, outlined his clients’ case against Victoria Cross winner Ben Roberts-Smith. Put simply, the defendants allege that the war hero callously and brutally murdered six people in Afghanistan.

Owens told the Federal Court that none of the six murders said to have been committed by Roberts-Smith occurred “in the heat of battle.” Rather, each of the victims had been securely under the control of Australian troops, and none posed a military threat. It was not certain whether some of the victims were members of the Taliban, but that was beside the point, said Owens.

He stated that the defendants would be calling 21 current and former special forces soldiers – one of whom “who would himself confess to murder” – and four Afghan villagers to give evidence in support of the defendants’ case.

He rejected suggestions that the soldiers’ evidence was fabricated or motivated by jealousy, and characterised Roberts-Smith’s account of the six incidents as “inherently implausible.” For good measure, he accused Roberts-Smith of threatening witnesses and destroying relevant evidence.

The soldier himself commenced giving evidence in chief on Thursday.

The war hero told the court: “I have spent my life fighting for my country, and I did everything to ensure I did it with honour.” He described the allegations made against him as “devastating… it breaks my heart, really.”

He then gave evidence in relation to a number of specific incidents relied upon by the defendants.

Roberts-Smith rejected claims that he had bullied or threatened fellow soldiers, and denied saying to one, “I don’t care about women and children. I just want to kill c***s.”

He also denied that he had fired 10 to 15 rounds into the body of an insurgent, or that he took part in an incident in which a soldier was ordered to shoot a kneeling Afghan insurgent in the head as a way of “blooding the rookie.”

When asked about the infamous incident in which Australian soldiers were photographed drinking from the prosthetic leg of a dead Taliban member, Roberts-Smith said that this was an example of “gallows humour” that enabled troops to “desensitise themselves to the horrors of seeing dead bodies every day”, adding: “We were out there doing a job you cannot explain to people… I don’t have a problem with it, it’s how people decompressed… it’s about people being able to let go of some of the demons that they deal with.”

Roberts-Smith was scathingly critical of a number of the special services soldiers he served with – including one who he said had crashed a vehicle while trying to shoot a stray dog, and another who was more concerned about cooking his lunch than engaging with the enemy. There were some soldiers in his unit “who shouldn’t have been there,” he declared.

Late on Thursday afternoon, when recounting the brutal battle at Tizak in 2010 where he won his Victoria Cross for storming two machine-gun posts and killing the gunners, (in all, 76 insurgents were killed in the action), Roberts-Smith became emotional. “We were all fighting, we were all in some form of danger,” he explained. “To have somebody tell you that that is now somehow some kind of criminal act, a war crime, it makes me angry, it makes me really angry.”

He became visibly upset and broke down in the witness box – and the court adjourned.

On Friday, he told the court that winning the Victoria Cross had “put a target on his back” and provoked acts of retribution from jealous soldiers serving with him. “As soon as you become a tall poppy, that becomes a chance to belittle you, and undermine you, and to use that award against you, out of pure spite,” he explained.

He said about one of the soldiers scheduled to testify against him, “for some reason he could not get over the fact that I had a Victoria Cross.”

He said he had been “white-anted” by other soldiers, especially during his final deployment in 2012. The court heard that on a noticeboard within the SAS compound at Tarin Kowt, he was ridiculed over night-time reconnaissance missions he led: “RS is trying to win another medal,” one note read.

Roberts-Smith denied saying to one soldier, who is to give evidence, “Before this trip is over I’m going to choke a bloke to death and watch the life drain out of him.”

He also denied handcuffing an Afghan and kicking him over a cliff – describing the allegation as “fanciful.” When asked how he felt about such an allegation being made about him, he responded by saying, “You feel like you’re in a bloody nightmare, to be frank.”

Roberts-Smith categorically denied ever killing anyone who was under the control of Australian troops.

He admitted punching one Australian soldier after a failed mission, during which the soldier had fired indiscriminately, endangering an Afghan woman and child as well as his own colleagues.

The soldier will continue giving evidence next week.

His cross-examination by Nicholas Owens SC will be the most important part of the trial and will, in large part, determine the result. If Roberts-Smith is to win this action, it is crucial that he comes through his cross examination unshaken in his denials of wrongdoing.

Coincidentally, this week the ABC published an updated report about an alleged massacre of Afghan civilians by Australian SAS troops in 2012.

According to the ABC, the incident involved the cold-blooded murder of 11 Afghan civilians (including a 13-year-old boy) who witnessed two SAS raids on Taliban outposts. Roberts-Smith was not involved in this incident, but the story has kept attention focused on the issue of  precisely what Australian troops did during the war in Afghanistan.

The Office of Special Investigator – a body established by the Australian government to investigate those incidents brought to light by the Brereton Report – is now apparently investigating what the ABC describes as “the single deadliest alleged war crime committed by Australia’s special forces in Afghanistan.”

One thing seems absolutely clear – the spotlight will remain firmly fixed on the alleged misconduct of Australian troops in Afghanistan for a long time to come.