‘We support free press, but…’: Conservatives mutiny after neocon Heritage Foundation says Assange is ‘US enemy’ unworthy of pardon 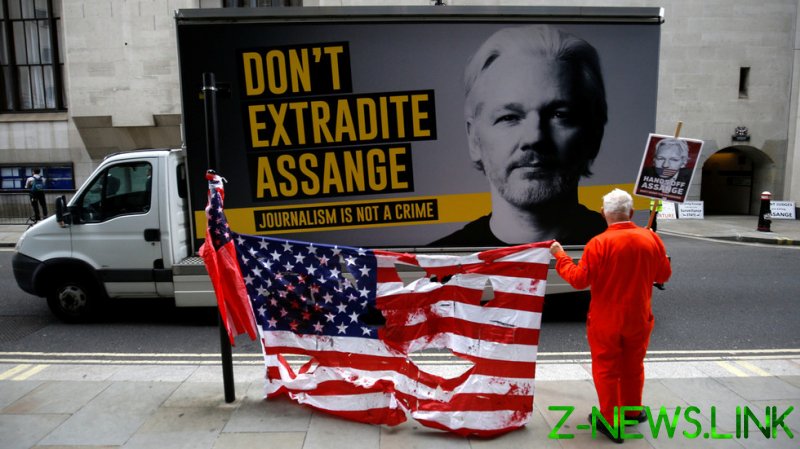 The Washington, DC-headquartered public policy institute on Friday expressed its displeasure over rumors that President Donald Trump is mulling a pardon for the WikiLeaks founder, who is fighting extradition to the US.

“We support a free and open press–but Assange is not a free speech hero,” the think tank wrote, adding that the Australian national, who has been languishing in a UK prison since April 2019 after being arrested in London, “deserves to face the full legal consequences of his actions” and “under no circumstances” is worthy of the president’s mercy.

The tweet linked to a commentary published by the Heritage-funded Daily Signal, which describes Assange as “an enemy of the United States who, among other things, deliberately recruited an American soldier to illegally disclose national security secrets and who then released those secrets to the public.” The piece argues that Trump must not pardon the WikiLeaks founder, and urges the president to reconsider his position if he does intend to grant Assange clemency.

It wasn’t just popular media figures who took exception, though. Heritage’s tweet was flooded with furious replies from former supporters who vowed to never again donate to the think tank.

Others picked apart the organization’s claim that it supports press freedom, and issued their own interpretation of Heritage’s argument.

“We support a free and open press – as long as it doesn’t report on neocon war crimes,”read one dismissive ‘translation’ of the think tank’s stance.

There was almost unanimous opposition to the conservative group’s characterization of Assange, but one Twitter user said he fully agreed that Assange should face the “consequences” of his actions.

“I agree that he deserves to face the full legal consequences of his actions, a slap on the wrist is too much. He deserves immediate release and a full pardon,” the comment read.

American authorities have accused Assange of “conspiring to commit computer intrusion” with US Army intelligence analyst Chelsea Manning in 2010. If convicted, he faces up to 175 years in prison.

A recording of a telephone conversation between Assange and State Department lawyer Cliff Johnson, released by the conservative outlet Project Veritas earlier this week, shows that the WikiLeaks founder had warned Hillary Clinton’s State Department that a former employee of the site was preparing to release a tranche of unredacted US diplomatic cables, and offered to help the US government mitigate the potential fallout.

Rumors have been circulating for the past several weeks that Trump could grant clemency to Assange, and possibly other high-profile individuals such as former NSA whistleblower Edward Snowden, before leaving office on January 20. However, so far there has been no confirmation from the White House.